France vows retaliatory measures if US sticks by EU sanctions 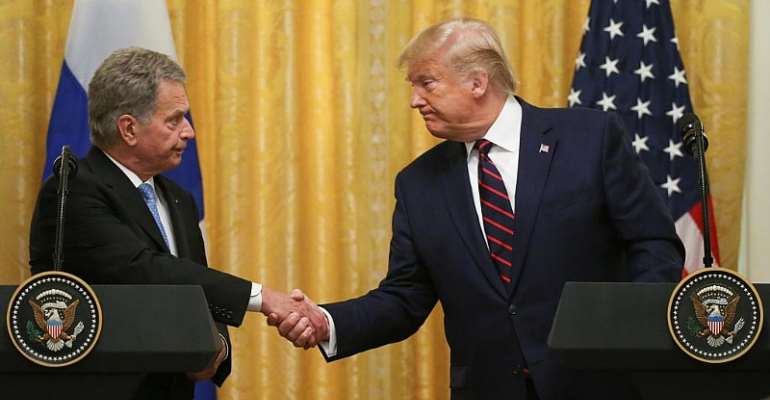 The French government spokeswoman has said there will be consequences if the United States goes ahead with its trade sanctions on European products planned for 18 October. Sibeth Ndiaye added that "it's better to find amicable solutions than enter into conflict".

Washington announced 6.8 billion euros worth of tariffs on European goods in retaliation over subsidies for European aircraft constructor Airbus declared illegal by the WTO.

However, according to World Trade Organisation laws, retaliation in this case would be illegal.

The WTO's decision this week is beyond appeal. The battle between the European aircraft constructor and its US rival, Boeing has been going on for some 15 years.

However, with the countdown to 18 October, when the United States says it will introduce the customs duties on some European goods, the US Trade Representative Robert Lighthizer said talks with the European Union are likely to start soon.

Brussels has said it is willing to negotiate, but the French official took a tougher stance.

Totting up
The tariffs would mean an extra 10 percent cost on aircraft and 25 percent on other goods, like cheeses, whiskey and olive oil, as well as some industrial products, largely from France, Germany, Spain and Britain, the four countries involved in Airbus.

The WTO ruling allows Washington to slap the EU with customs duties of up to 100 percent.

US president Donald Trump claimed victory, stating that "all those countries were ripping off" the US.

The EU and the US are already at odds over US tariffs on steel and aluminium and the US threat of taxes on imported European vehicles.

Finnish President Sauli Niinisto, whose country currently holds the rotating presidency of the European Union, was on a bilateral official visit on Wednesday.

In a meeting with the press in the Oval Office, he sat immobile during lengthy monologues by Trump to reporters about the "disgraceful" attack on his presidency, referring to a possible impeachment against Trump led by Democratic party rivals.