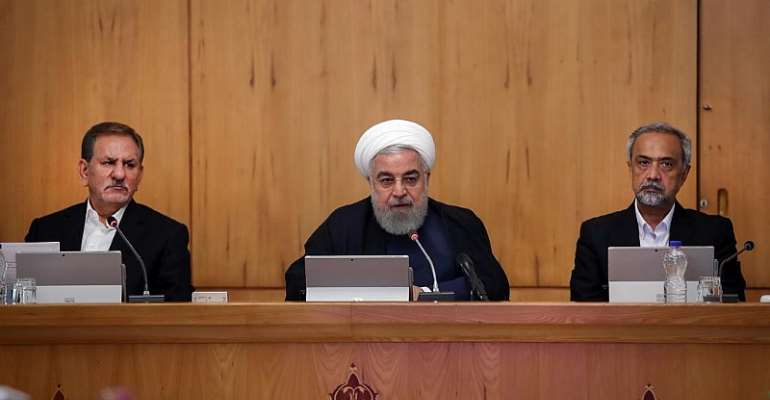 France was trying to pinpoint the origin of two drone strikes on Saudi Arabia's oil infrastructure Wednesday as Riyadh said it would reveal proof linking the attacks to Iran.

France wants to "carefully establish the facts" before taking any action, the foreign affairs ministry said in a statement on Wednesday, after the government announced it was sending experts to Saudi Arabia to help probe Saturday's drone attacks.

The strike at the Abqaiq processing facility and Khurais oil field is viewed as the most destructive attack to hit Saudi Arabia--one of the world's top crude exporters--since it opened an offensive in Yemen more than four years ago.

US Secretary of State Mike Pompeo, who travelled to Riyadh Wednesday, has accused Iran of being behind what he called “an unprecedented attack on the world's energy supply."

French diplomats are not so sure. "Up to now, France doesn't have proof permitting it to say that these drones came from such and such a place, and I don't know if anyone has proof," French foreign affairs minister Jean-Yves Le Drian told reporters on Tuesday.

Fingerpointing at Iran
Although Yemen's Iran-backed Houthi rebels claimed responsibility for the attacks, most experts accuse Iran of providing them with the weapons.

Saudi officials were due Wednesday to provide evidence linking regional rival Tehran to the unprecedented attack on its oil field and the world's largest crude oil processing plant, ahead of Pompeo's arrival.

The drone attacks have underscored the vulnerability of the US-allied kingdom's critical infrastructure, which could prompt it to react.

“They have to increase their protection (...) to protect their oil infrastructure. If they don't, it will be a very critical issue for everybody,” says Andrea Mucedola, a former Italian Navy Officer.

Commodity markets have already been disrupted in recent months following attacks on several tankers in the Strait of Hormuz, one of the world's most important oil trading waterways, which have been blamed on Iran.

All at sea
To protect its assets, Riyadh announced that it was joining a US-led coalition to protect ships sailing near Iran.

The so-called International Maritime Security Construct was set up in July after Tehran seized a British tanker and allegedly shot down a US surveillance drone.

“We already have forces over there [in the Strait of Hormuz], for example we have the coalition maritime forces in Bahrain, and then there are three task forces that are already in the area," comments Mucedola, skeptical.

"If you send naval forces in an area that is from an international point of view absolutely sensitive like Hormuz you may have people that they don't like that. It could be very complex to manage," he told RFI.

For other observers, the recent tensions have left Saudi Arabia with little choice but to flex its muscles.

“Now more than ever Saudi Arabia is looking for ways to reinforce its security in and around the Strait of Hormuz but also in the wider Gulf region," says Mitchell Belfer from the Euro Gulf Information Centre.

French diplomacy at stake
"Joining this international coalition to monitor and ensure that sea lines stay open through this narrow strait is part of that programme. It is also sends a signal to Iran not to interfer in international trade," he told RFI.

There have been multiple reports in recent months of Iran's Islamic Revolutionary Guard Corps (IRGC) harassing, attacking and seizing vessels transiting the narrow waterway connecting oil rich countries of the Persian Gulf to the rest of the world. Oil prices have sea-sawed after each attack, making support for Iran more difficult to justify.

"France and other European allies are in a very tight corner," reckons Belfer.

French President Emmanuel Macron has been pushing to save the international nuclear pact and damp down an intensifying crisis between Washington and Tehran.

While forensic evidence may come back implicating Iran to the Saudi oil attack, Belfer argues that France, and to some extent Germany, is keen "to go and get concrete evidence" in Saudi Arabia itself, to determine the original launch location and the exact weapons used. Macron's diplomatic push and the fate of the international nuclear pact are at stake.