Global pledge to save forests has failed, report finds 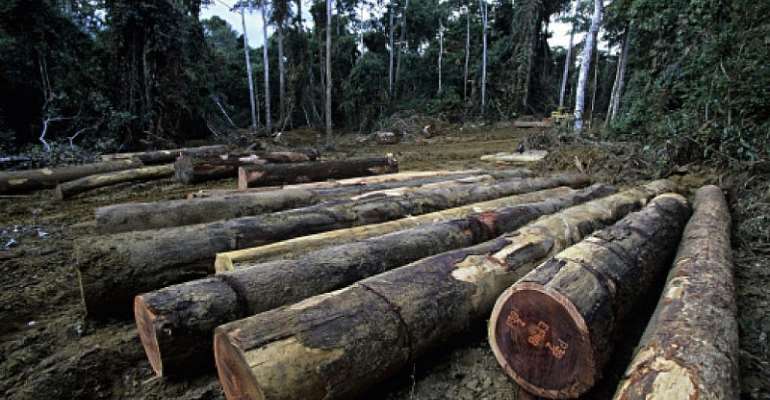 The state of the world's forests has dramatically worsened – five years after countries and major global companies pledged to halve natural forest loss by 2020 and to end it by 2030.

Those are the findings of a report into the progress of the New York Declaration on Forests (NYDF), which agreed ten targets that would protect natural forests and restore up to 200 million hectares of land.

Since 2014 – when 200 governments, businesses and indigenous groups endorsed the NYDF at a UN climate summit – the yearly rate of tree cover loss has actually increased by 43 percent, warns one of the report's authors, Stephanie Roe.

“Each year we've lost about 26 million hectares of tree cover – about the size of the United Kingdom – so that's very alarming,” she says, adding that tropical forests such as the Amazon and the Congo Basin are taking the biggest hit.

The assessment, described as a “mini-Intergovernmental Panel on Climate Change,” is the result of a collaboration between 25 organisations led by the Climate Focus thinktank. It provides the most up-to-date record of forest loss and gain over the last five years.

The largest driver of deforestation is commercial agriculture – specifically the industrial-scale production of commodities such as beef, soy, timber and palm oil.

Exacerbating the crisis is the failure of companies engaged in forest-risk commodities to remove deforestation from their supply chains.

“Alarmingly, 350 of the most influential companies with forest-relevant operations are not on track to achieve their commitments to deforestation-free supply chains by 2020,” says Roe, conceding that this may be easier said than done because of barriers in dealing with farmers.

“It's a very complex system where you have supply chains that spread across the globe with probably hundreds of thousands of different smallholders on just one commodity alone,” she says.

“Trying to increase transparency on knowing exactly where your product comes from is very important.”

The report is not all bad news, with Indonesia emerging as a “bright spot” on the deforestation map thanks to a government ban on clearing primary natural forests and peatlands.

“However where progress has happened, we've found that the actions remain largely individual and not collective – and that's a problem because we need collective action to make large-scale changes in the entire land sector,” Roe adds.

Finding the right incentives to convince both countries and small-scale farmers further down the supply chain to protect forests is crucial.

“Clearing a forest and putting down a soy plantation is always likely to be more lucrative for the farmer than keeping the forest in tact – and that's why we're currently seeing a big uptick of deforestation in Brazil,” says Roe.

“That's why we need to figure out how to disperse finance – and make sure that finance is not directly funding deforestation.”

Compounding the world's failure to protect its forests is the news that less than 20 percent of forest restoration goals have been met. The target of restoring 150 million hectares of deforested or degraded forest land by 2020 will be missed entirely.

“The goal of restoration is not to offset forest loss,” explains Roe. “Ideally forest protection and restoration would be used in tandem, restoring degraded areas around pristine forest.

“The restoration creates buffers to reduce deforestation, and also to absorb carbon and provide habitat corridors that would enhance biodiversity.”