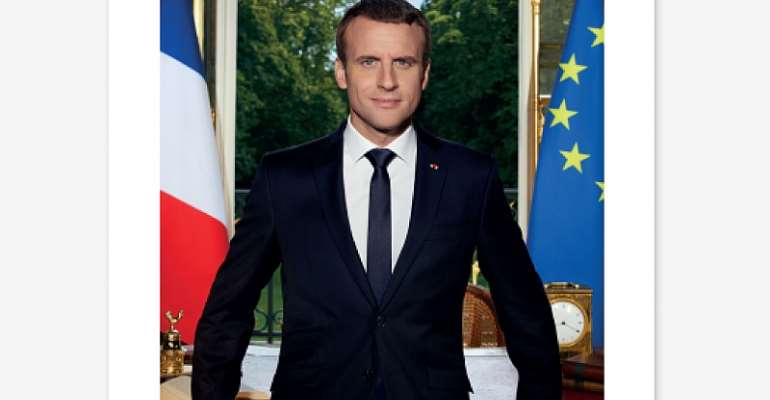 Upto 200 people turned out at Paris' High Court this Wednesday to show their support for 8 ecological militants and a video director accused of uhooking official portraits of French President Emmanuel Macron.

The 9 accused, aged between 23 and 36 were in court today on charges of "group theft" for their involvement in taking down portraits of Macron on display in Paris district town halls last February.

"We are all takers-down of portraits!" claimed the protesters. According to one supporter, Cécile Marchand, "This morning, we feel a mixture of determination, motivated to get an explanation on why we need to resort to civil disobedience to get answers to ecology questions, and apprehension as this is still a trial."

The 24 year old who works for Friends of the Earth added, "it's not our trial, but a trial on Macron's failure to act on the climate".

Call to action
"Today, we must take to the streets. It's no longer time for petitions or expert opinions," said executive director of Greenpeace, Jean-François Juillard.

The director of Oxfam France, Cécile Duflot also underlined that now is "no longer the time to raise the alarm but to act... to impact on people's minds. I wonder if the judges will understand what the people in power don't."

Since the lauch of their civil disobedience campaign #DecrochonsMacron (Let's Take Down Macron), the COP21 Non-Violent Action movement (ANV-COP21) claim to have "confiscated" 128 official portraits of the French president. The most recent on the 23rd August from a town hall near Biarritz ahead of the G7 meeting of world leaders.

To date 57 people have been in court for acts of "group theft", an offence that carries a maximum penalty of 5 years in prison and a €75,000 fine.

The first hearing of "décrocheurs" took place in June near Lyon with one activist being fined €250 and five others given a supended fine. There are 12 other related cases due to be heard between now and September next year.

Bawumia calls for greater unity, cooperation between Muslims...
7 minutes ago