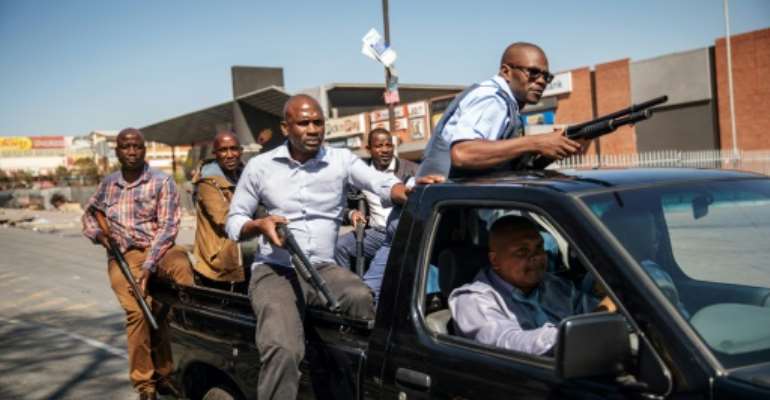 Nigerian President Muhammadu Buhari's government on Tuesday summoned South Africa's envoy and said it would dispatch a delegation to Pretoria to express "deep concern" over attacks on Nigerians in a wave of xenophobic violence.

The decision came after mobs descended on business hubs and townships in various parts of South Africa, looting dozens of shops and torching trucks driven by foreigners in an outburst of anti-migrant anger.

Buhari "has noted with deep concern, reported attacks on Nigerian citizens and property in South Africa since August 29, 2019," his presidency said in a statement.

The president ordered the foreign minister to summon the South African envoy to get a brief on the situation, express Nigeria's displeasure, and get guarantees for the safety of its citizens and their property.

"We have registered our strong protest to the government of South Africa," Nigeria's Foreign Minister Geoffrey Onyeama said in a statement after the talks. "We are hoping to see the possibility of sending some security agents... to work closely with the South African police force," he said.

Nigeria's government stated on Twitter that a special envoy from Buhari would also arrive in Pretoria on Thursday to convey his displeasure to President Cyril Ramaphosa.

"The continuing attacks on Nigerian nationals and businesses in South Africa are unacceptable. Enough is enough. Nigeria will take definitive measures to ensure safety and protection of her citizens," it added.

Nigeria and South Africa are the two largest economies in the continent but relations have strained between them in recent years, prompting the summoning of their top envoys.

South Africa is a major destination for economic migrants from Nigeria and the southern Africa region, with many moving from neighbouring Lesotho, Mozambique and Zimbabwe in search for work.

But the migrant workforce has lead to tensions in South Africa, with many lamenting its high 29 percent unemployment rate - a 16 year high.

Foreigners, including Nigerians, have been repeatedly targeted in the country in recent years.

At least seven immigrants were killed in 2015 when South Africans went on the rampage burning and looting shops owned by foreigners.

The most recent attacks sparked mass outrage on social media in Nigeria, with #shutdownSouthAfrica and #SayNoToXenophobia trending in the country.