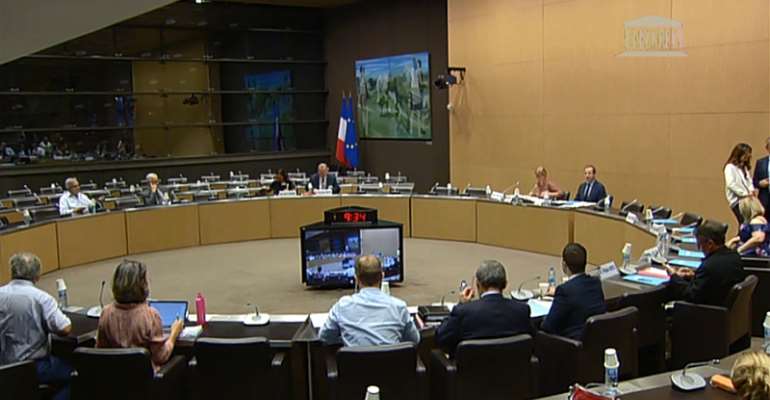 As a French parliamentary commission considers the reform of bioethics legislation, the government has been asked to put an end to the practise of surgically assigning gender to intersex babies.

The proposed bioethics law deals with such issues as making Medically Assisted Reproduction available to lesbian couples, as well refining clauses on filiation and the anonymity of gamete donors.

During the first day of deliberations, Laurène Chesnel, a member of the Inter-LGBT association, addressed a topic that is not even included in the legislation. She asked the government to “put an end to the mutilations performed on intersex infants”.

Intersex people are individuals born with any of several variations in sex characteristics including chromosomes, gonads, sex hormones, or genitals that, according to the UN Office of the High Commissioner for Human Rights, "do not fit the typical definitions for male or female bodies"

Talking about the controversial surgery, he said: “if these decisions are not taken, the child's growth and their future will be extremely complex. This choice is not made randomly, but based on biological and genetic markers,” he said.

A growing issue
For Loé Petit, spokesperson for the French Intersex and Allies Association, gender assigning surgery can have lasting physical and psychological consequences. The association hopes the new bioethics law will forbid surgery on intersex children, except in cases where the child's health is endangered.

“It's very important for us that the state itself, with an official law, says that this is not legal. The case of intersex children is clearly not aligned with human rights values. This is an opportunity for the law to progress on the situation of intersex children”, Petit said.

During the Pride parade in Paris this year, intersex protesters took the head of the procession, hoping to raise awareness of their situation.

When the issue was brought up again in commission on Friday, Anne-Marie Trarieux, president of the ethics and deontology section of the commission and vice-president of the French National College of Physicians, acknowledged that the topic was important: “We are currently working on this issue. We have heard the associations, and we recognise their request needs to be addressed.”

However, when Laëticia Romeiro Dias of the ruling party insisted that the issue of surgical gender assignment for intersex children should be dealt with in the reform, Trarieux replied: “We open a door and other doors open, new questions are emerging. I can't give you an answer today.”

International sanctions
France has been sanctioned by the United Nations three times since 2016 for surgical gender assignment. Globally, these practices are forbidden in only two countries: Malta and Portugal.

Last Wednesday, as the French commission launched its first hearing, the southern Indian state of Tamil Nadu banned all unnecessary surgery, a first in the history of the country.

Loé Petit is interested in the legal process. “It follows a court judgement, in which they're really embracing the fact that it's a cultural Indian understanding of gender and sex that lead them to stop intersex surgery. They say that traditionally, India is open to the diversity of sexes and genders,” Petit explained.

India's perception of gender varies greatly from the western one: for example, the country recognises a third gender, thus breaking the binary structure of most societies.

Considering the small number of countries having banned intersex surgery on children, France does not seem to be lagging behind. But the government knows the issue is becoming more and more pressing.

For Loé Petit, the main resistance is coming from the French medical community and its stance on assignment surgery. “They're really convinced it is the best thing to do for the child, and they don't want to listen to the people affected.”

The first readings of the new bioethics law will take place on 10 September, and the discussions surrounding the opening of medically assisted parenthood to lesbian couples and single women are still raging. If the issue of surgery on intersex babies and children is not addressed in this new text, there is no way of knowing when the government will pass new regulations.