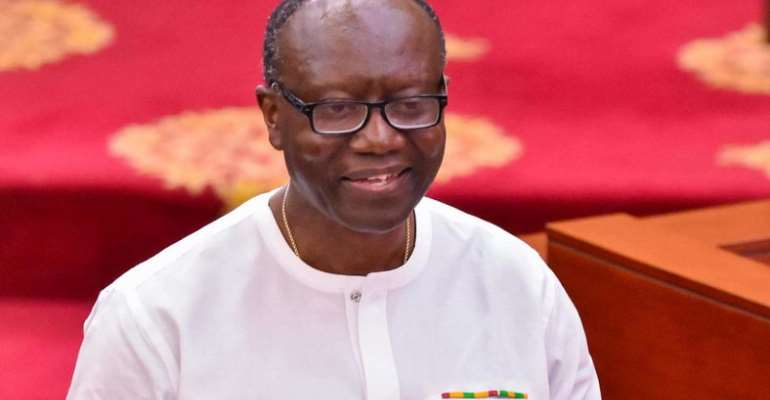 Ghana's debut 20-year bond issued was not a failed or under-subscribed offering but a fairly priced offering that has established another data point along government’s yield curve, the Finance Ministry has said.

In a press statement issued on Wednesday, the government said although the amount received in bids was less than the targeted amount, the nature of the issue did not require that the full amount of GH¢450 million be raised once.

“We were aware that given the current market conditions and the limited appetite for longer-dated bonds, the size of the debut issue was unlikely to be of a benchmark size, and that was the reason it was structured as a shelf offering so additional issuances could be done over time to reach the targeted GH¢450 million benchmark level.

“As such contrary to the articles published, this was not a failed or under-subscribed offering but a fairly priced offering that has established another data point along our yield curve.”

According to the statement, the Ministry of Finance issued a debut 20-year domestic bond to investors with a settlement date of August 26, 2019. This was in accordance with the Issuance calendar, which is published quarterly at the beginning of each quarter. In the Issuance Calendar for the 3rd Quarter, we included the possibility of issuing a 20-year bond for the first time subject to market conditions and indicated a target size of up to GH¢450 million.

“The primary reason for the issuance of a debut 20-year bond was to extend the tenor, yield curve, and establish a benchmark. This also helps to deepen the domestic market and improve liquidity through the issuance of benchmark size bonds that will be sizeable enough for investors to trade in and out of, thereby creating liquidity, better price discovery or pricing and deepening the secondary market.

“It was in line with this strategy that the Government of Ghana in consultation with the Joint Book Runners (JBRs) and investors decided to issue a 20-year bond through a shelf offering to extend the tenor and the yield curve from 15 years to 20 years.”

This strategy, according to the statement, is consistent with the government’s 2019 Annual Borrowing Plan and 2019 Medium Term Debt Strategy of issuing longer-dated bonds beyond 10 years to extend the yield curve further.

It is also consistent with efforts to deepen the domestic debt market by building benchmark securities through tap-ins, rather than excessive new issuances, the statement explained.

It added that: “It is also part of our strategy to re-profile the domestic debt portfolio by reducing the percentage of shorter-dated instruments of 91 and 182-day bills, which dominates our bond market and increases rollover risks.

The statement further assured all investors and the public that the government’s debt strategy is well anchored on debt sustainability, improved real rates and a stable macroeconomic environment.

Finance Minister Refused To Save 'Distressed' uniBank — Ex-D...
24 minutes ago