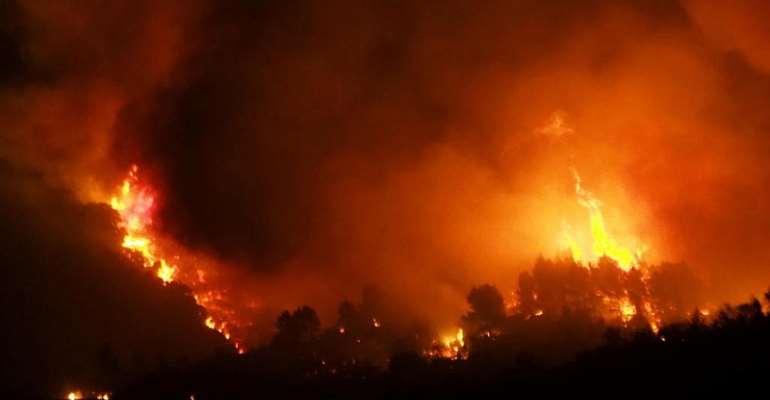 More than 500 firefighters have spent two days battling a blaze that began Wednesday in Aude, southeastern France, which has already destroyed 900 hectares of pine forest.

The fire broke out on Wednesday afternoon in Aude, southeast of the city of Carcassonne, in forests that were classified as having a "severe" risk of fire because of a recent drought.

Described as one of the biggest wildfires this summer, media reports indicated Friday that the blaze had been brought under control.

Some 200 firefighters have remained on the scene nonetheless to extinguish the remaining embers.

No casualties
"Around 10H00 this morning, the fire was brought under control, however we remain vigilant to prevent the blaze from starting up again," Colonel Eric Felten, from the Aude fire and safety department, told AFP.

Three tanker planes were used to drop water on the flames, which were fanned by overnight winds blowing gusts of 40 kmh (25 mph).

No injuries have been reported and so far no homes have been destroyed, though 22 people were evacuated from their homes in the Val-de-Dagne municipality.

The cause of the blaze is not yet known, though authorities had warned of extremely dry conditions across much of southern France after weeks of drought.

Elsewhere in Europe, nearly 400 firefighters are working to extinguish a blaze on the Greek island of Evia.