The Canker That Never Dies 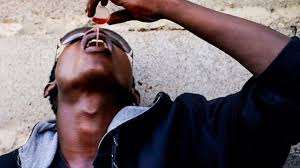 A little over a year ago, the nation, Ghana, was plunged with widespread news of the abuse of tramadol (tramol) which in perspective is just a component of drug abuse. With this heightened deliberation was the cry of a storm of citizens challenging authorities to up their game in the fight against this deadly canker. From the trumpets of the media, the intelligence of health professionals, swift proactiveness of regulatory bodies, this menace has, as it appears, died off but, hold on, the real issues that need to be considered as a nation and from a professional point of view are what has influenced this article.

The deafening silence of this chorus leaves a very big window of doubt that the fight is all over. The extent to which this conundrum climbed couldn’t be dimmed with just two or three instances public outcry. There is the need to continuously remind the general public of the threat this drug(s) pose especially, issues of harm to the individual from abuse of these substances, the danger abusers pose to the community and the nation lose to human resource and per capita.

The fight was against TRAMOL but this was just a tip of the iceberg. Substance abuse encompasses a wide range of components for which only TRAMOL became the culprit which shouldn’t have been so. In a 2016 World Health Organization report on abuse of psychoactive substances, it was estimated that a total of 275 million people were involved in illicit use of drugs. Of this number, 192 million users mostly used cannabis. The WHO also reports that deaths from alcohol abuse are estimated to be 3.3 million annually. Although the WHO doesn’t publish stand on the extent of TRAMADOL abuse, it doesn’t necessarily mean there is no recorded data on the canker. However, these statistics only comes to affirm the view that there are more pressing issues with substance abuse which we need to clearly look at.

Medically, the best procedure for curtailing substance abuse and its attended addiction is rehabilitation and support but their accessibility remains a challenge. In a 2014 report published in the International Journal of Mental health Systems on Ghana’s Mental Health Systems: “there were 123 mental health outpatient facilities, 3 psychiatric hospitals, 7 community based psychiatric inpatient units, 4 community residential facilities and 1 day treatment center, which is well below what would be expected for Ghana’s economic status. The majority of patients were treated in outpatient facilities and psychiatric hospitals and most of the inpatient beds were provided by the latter”. Most of these centers were also located in urban areas leaving a very big gap in accessibility to such facilities.

The abrupt withdrawal of tramadol from the reach of these abusers without any appropriate support systems has led to these people finding other products or drugs to curtail their addiction through drugs like diazepam, cough medications with depressant components and cough medication with highly powerful antihistamine ingredients. Health providers should be on the lookout for these indicators as they are the new trend of abuse by these people.