John Jinapor Should Spare Us Such Bunk 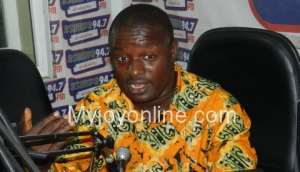 I am trying hard to fully appreciate what precisely went wrong with the recently suspended contract signed between the erstwhile Mahama-led government of the National Democratic Congress (NDC) with a company called Power Distribution Services (PDS), to have the latter take over the operations of the Electricity Company of Ghana (ECG) in order to ensure the efficient distribution of energy in the country (See “Government Altered Original PDS Deal for NPP Cabals – Minority” CitiNewsRoom.com / Ghanaweb.com 8/1/19).

I have absolutely no doubt in my mind that the key operatives of the ruling New Patriotic Party (NPP) are totally not devoid of the sort of contractual shenanigans that got the former Energy Minister, Mr. Boakye Agyarko, sadly booted out of the Akufo-Addo cabinet. But, on the whole, it goes without saying that the key operatives of the Akufo-Addo-led New Patriotic Party Administration are far more socially responsible, patriotic and forward-looking than their counterparts of the erstwhile Mills-Mahama regime.

We must also significantly bear in mind the fact that it was the key operatives of the Mills-Mahama-led National Democratic Congress that staunchly and shamelessly defended Mr. Alfred Agbesi Woyome’s scamming of the Ghanaian taxpayer to the humongous and unprecedented tune of GHȻ 51.2 Million. Attorney-General Gloria Akuffo is still fiercely duking it out with the Mega-Thief and allegedly foremost underwriter of the Rawlings-founded National Democratic Congress, even long after epically trouncing Mr. Woyome in several legitimately constituted courts of adjudicature around the world.

The NDC, contrary to what Mr. John Jinapor, the Mahama tribesman, crony and homeboy would have Ghanaians believe, has absolutely no respectable track-record of signing good and fiscally responsible energy contracts for the country. A strikingly scandalous case in point was the deal the Mahama Posse struck with the Dubai-based AMERI Company, in which Dr. Kwabena Donkor, the Mahama custom-tailored Power Minister, did absolutely no due diligence, whatsoever, to ensure that the Ghanaian taxpayer was being cut the fairest of deals – in terms of value-for-money – that s/he could possibly secure.

But that the then President John Dramani Mahama would be forced to fire Dr. Kwabena Donkor from his specially tailored cabinet post, was more than ample testimony to the fact that Mr. Mahama did not practically have what it took to competently select the best candidate for the crucial job of Energy Minister. I have often expressed wonder at the fact that both the NDC and the NPP operatives curiously appear to have a pet aversion for selecting energy companies from technologically advanced countries, such as the United States, which, we learn, facilitated the establishment of the Millennium Development Authority (MiDA), in order to assist Ghana to effectively resolve its energy distribution and consumption bottlenecks.

So, maybe the American government, or former President Barack H. Obama, ought to have ensured as a precondition for qualifying for such radical fiscal support as provided by MiDA, whichever of the two major political parties in Ghana which happened to be in power would wisely select an energy company with a proven track-record from the United States, first choice, and then any of the other Western and Eastern industrialized countries with a proven track-record in this sector of the economy.

We also learn that what has turned out to be a fraudulent contract with the Philippines-based PDS firm was, in fact, signed by the Mahama-led regime of the National Democratic Congress as relatively far back as 2014. Not surprisingly, we also see the footprints of Dubai and the AMERI-scam in the PDS-ECG deal which has been presently suspended, while the Finance and Energy ministries, perhaps with statutory oversight of Parliament, thoroughly investigate this allegedly fraudulent contract, with the possible view to abrogating the same and having this deal properly renegotiated with a more efficient and credible business partner.

The author has 4929 publications published on Modern Ghana.