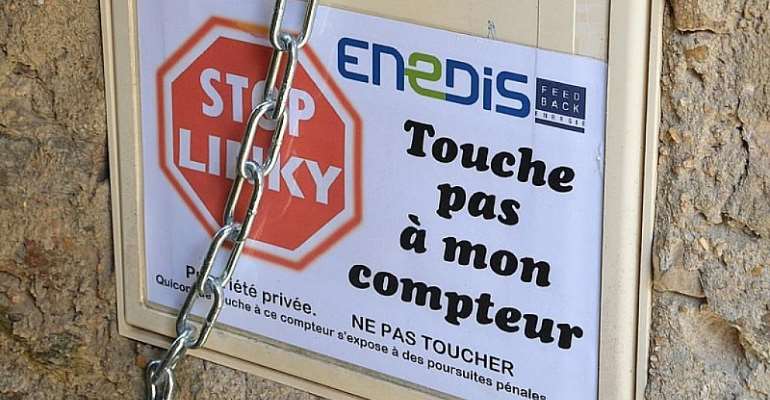 A French court has allowed 13 people to refuse the installation of Linky, a connected electric meter being installed in homes across France, because of medical concerns over the waves emitted from them. The meter has been the subject of scepticism since it was first introduced in 2015 and there is growing resistance to their mandatory installation.

Thousands of people across France have been refusing the mandatory installation of the Linky meters, which Enedis, which manages France's electrical grid, has been installing free of charge since 2015.

Some have locked the access to their meters to keep technicians from changing them. Over 700 towns have refused to work with Enedis on replacing the meters.

“The concerns [about the Linky meters] started when people were thinking about the benefits, and were unable to see them,” says Cecile Chamaret, an associate professor and researcher at Ecole Polytechnique, who has been looking at innovation adoption, through the lens of France's Linky installation.

“The benefits were sold to people, but as long as people perceive risk… they don't care about the benefits," she added.

The Linky meters are part of an evolution to a smart grid in France, and are to replace all 35 million electricity meters in the country.

They communicate electricity consumption directly to the provider, which gives more accurate usage information and allows for more precise billing. It also means a technician no longer needs to come to individual homes to check their meters.

Information is transmitted through the power lines, a technology called Power-line communication (PLC). Some people say that electromagnetic waves through this transmission is making them ill.

Electrosnsitivity
Cases against the installation have been brought to 22 courts across the country, and most have been rejected. A handful have been victorious, using the health argument.

Electrosensitivity, or electromagnetic hypersensitivity, is not recognised as a medical diagnosis and has not been scientifically proven. But some people say they suffer various disorders, like headaches or sleep problems, which they have attributed to exposure to electromagnetic waves emitted by household appliances, electrical installations or mobile phone relay towers.

The court in Tours on Wednesday said that 13 of the 121 cases it heard against Linky had enough documented medical concerns involving chronic fatigue and sleep problems, which "could have a link with the Linky meter”. It said that Enedis must replace the meters with other models.

The legal decision is based on the precautionary principal and is not a scientific ruling on the safety of the devices. The national frequency agency (ANFR) studied wave exposure, and concluded the transmission does not significantly increase the ambient electromagnetic field.

The national health and safety agency, Anses in 2017 said that there was very little chance that the devices could cause harm. The level of exposure to electromagnetic waves is very low compared to those emitted from other household devices, like lamps and screens.

A range of concerns
Linky raises not only health concerns. People are also refusing the meters because they worry about how the information about their energy usage will be used.

The fact that the installation is mandatory does not help ease suspicion, especially at a moment in France when part of the population is pushing back against the government.

For Chamaret, the resistence to the Linky meters, though it predates the Yellow Vest movement, is revealing of a sense that "the government is taking away choice".

Plus, French people have a tendency towards scepticism. For example, a recent poll showed that French people are the most sceptical about vaccines in the world.

In Chamaret's research, these worlds overlap.
“When we did interviews, we met people who had been to meetings against vaccines, and they started to hear about the Linky at those meetings," she said.

But, she adds, Linky sceptics are also technology lovers, “but they ask: What is the need to replace millions of meters that are working perfectly? There is also this ecological problem.”

Linky meters carry “all the kinds of risk you can think of”, says Chamaret. “That's why the resistance is really strong.”