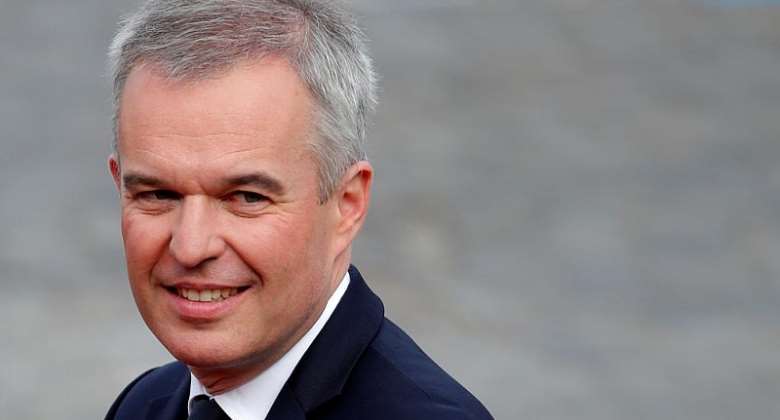 A French cabinet minister resigned Tuesday after media reports accused him of extravagant spending, including on luxury dinners. He, however, says he is the victim of a "media lynching".

Environment Minister François de Rugy has been under unrelenting pressure for a week after the Mediapart website accused him of hosting friends to opulent meals, complete with lobster and vintage wines, while he was speaker of parliament.

"The attacks and media lynching targeting my family force me to take the necessary step back," said Rugy, who also held the post of minister of state which made him the number two in government after Prime Minister Edouard Philippe.

"The effort required to defend my name means that I am not able to serenely and efficiently carry out my mission. I presented my resignation to the prime minister this morning," he added.

Rugy lashed out at Mediapart, which has repeatedly published stories that have rattled the French élite.

The minister said he had filed a legal complaint against the left-wing publication for "defamation", accusing it of a desire "to harm, smear and destroy".

President Emmanuel Macron, in his first reaction to the revelations, said Monday he had asked Philippe for "full clarity" as he took decisions not "based on revelations but facts".

Macron, who is keen to promote his green credentials, has struggled to find a long-term occupant for the environment ministry.

Rugy last year succeeded Macron's first appointment to the job, Nicolas Hulot, a celebrity environmentalist who quit after saying that his cabinet colleagues were doing too little to tackle climate change.