A Government That Truly Believes in Justice 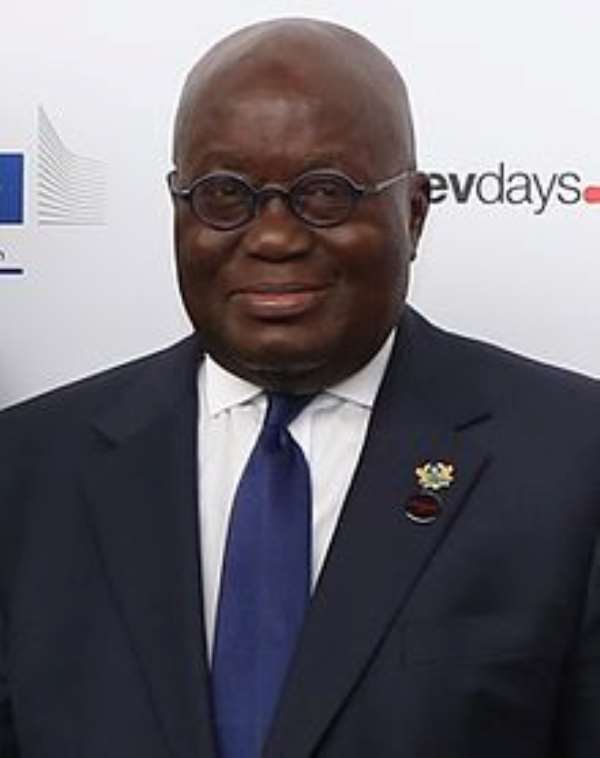 It ought to come as good news to not only Ghanaian journalists and media operatives but, in fact, to all media professionals the world over, the assurance given by Ghana’s Information Minister, Mr. Kojo Oppong-Nkrumah, that President Addo Dankwa Akufo-Addo is avidly interested in seeing to it that the fullest amplitude of justice is done to the two Modern Ghana online media portal operatives who were picked up on Thursday, June 27, 2019, by agents from Ghana’s National Security Secretariat (NSS) for interrogation vis-à-vis a cyber-hacking crime for which Messrs. Emmanuel Ajarfor Abugri, Deputy-Editor of Modern Ghana, and Emmanuel Yeboah Britwum, Reporter, of the aforementioned establishment were accused but never charged (See “Modern Ghana Saga: Gov’t to Act After Nat’l Security’s Probe – Oppong-Nkrumah” Modernghana.com 7/8/19).

As of this writing, it had emerged that the two alleged cyber-crime suspects had not been interrogated about the crime for which reason they had reportedly been arrested, after all, but rather they had been interrogated on the contents of a publication or two that appeared on the Modern Ghana website, namely, Modernghana.com, that had been deemed to be damaging to the image and reputation of the National Security Minister, Mr. Albert Kan Dapaah, and the ruling New Patriotic Party’s Member of Parliament for the Effutu Constituency of the Winneba Municipality, in the Central Region, Mr. Alexander Afenyo-Markin.

If the foregoing news report has validity, then, indeed, the operatives of Ghana’s National Security Secretariat have some explaining to do; for, it would then appear that Messrs. Abugri and Britwum had been vengefully punished on suspicion of a crime other than that for which they had been ostensibly arrested and detained. Which clearly makes their arrests one that dangerously verges on a sheer act of persecution, a heinous crime which should have absolutely no place under the watch of President Akufo-Addo, himself, a globally renowned human rights lawyer and vanguard activist and champion.

Information Minister Oppong-Nkrumah has also announced that, presently, agents at the country’s National Security Secretariat are in the process of conducting an internal review of the interrogation methods used by personnel of the agency in general but, in particular, the procedure(s) used in the interrogation of Messrs. Abugri and Britwum, with the ultimate objective of ensuring that any human rights violations will be promptly punished and redressed. If the Akufo-Addo Administration comes up with a successful result in this sphere of the professional conduct or culture of our national security operatives, his New Patriotic Party (NPP) would have notched another significant milestone in the area of Ghana’s human rights record.

Within the last decade, it is only the Akufo-Addo-led New Patriotic Party that has established a reputable Commission of Enquiry to investigate and report its findings on election-related violence in the country. I am here, of course, referring to the blue-ribbon Short Commission (headed by Justice Emile Short, the distinguished retired Appeals Court Judge and first Ghanaian to have been named Chairman of the Commission on Human Rights and Administrative Justice) that was recently established and charged by President Akufo-Addo to not only investigate this past January’s violence-inflected Ayawaso-West-Wuogon Constituency By-Election, in the wake of the passing of the ruling party’s very popular and well-respected Member of Parliament for the preceding constituency, to wit, Mr. Emmanuel Kyeremateng Agyarko, but also to conduct a thorough and comprehensive survey of all election-related acts of violence that had occurred in the country since 1992, when Ghana was ushered into its current Fourth-Republican dispensation within the short temporal span of some six weeks.

The interesting observation that is worth making here is the fact that it is the operatives and leaders of the country’s presently main opposition National Democratic Congress (NDC) who have been clamoring for the Short Commission’s Report to be released for their especial benefit and, then, that of the general Ghanaian public at large. This is a wickedly ironic attitude, to speak much less about the downright mischievous, because although most of the election-related violence in the country have occurred under the watch of the leadership of the National Democratic Congress – most recently, under the watch of former President John Dramani Mahama – not a single Commission of Enquiry was established to enquire into the same with the civilized and progressive objective of either completely extirpating or even drastically reducing the intolerable frequency, as well as the deleterious impact, of the same.