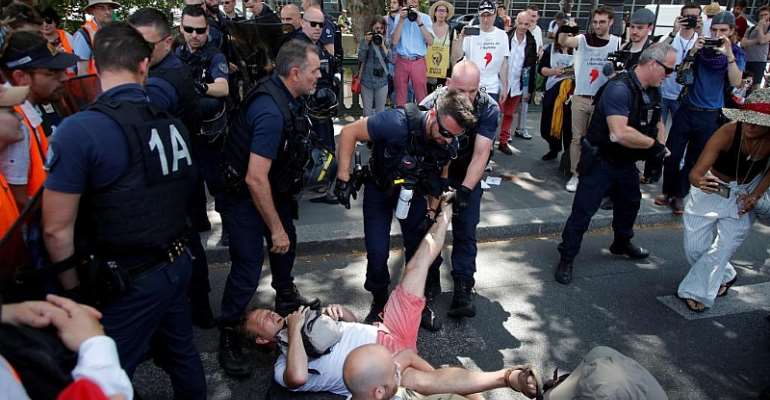 Paris' deputy mayor in charge of the environment announced a climate emergency in front of a municipal council meeting on Tuesday, following other cities and national parliaments who have already made the crisis declaration.

"Paris, like other cities, declares a climate emergency," Celia Blauel, deputy mayor in charge of the environment, said at the meeting.

France hosted the landmark COP21 climate change conference in 2015 where the climate change agreement was signed. Blauel said Paris itself needs to follow the agreement where countries committed to halt global temperatures from rising two degrees Celsius. The goal would be to maintain a 1.5C cap.

Blauel used this opportunity to speak about the creation of a “climate academy” in Paris in order to educate the general public on the climate crisis.

Dealing with the climate emergency is a priority for Paris' socialist mayor Anne Hidalgo, who recognizes that this is a major concern for Parisian voters.

Others mobilizing for climate
Paris follows in the footsteps of the British parliament, which became the first to declare a climate emergency on 1 May, with Ireland's parliament passing the motion 10 days later.

The biggest city to make the announcement is New York City, which declared an emergency on 26 June.

Some 650 local officials in cities and towns worldwide have declared a climate emergency, according to The Climate Mobilization, a US NGO that calls for more municipalities to make the declaration.

However, US President Donald Trump said in June 2017 that the US would pull out of the agreement, while many cities have decided to respect the agreement within their city limits.

'Pushing for nuclear power in Ghana is wasteful and ill-advi...
46 minutes ago