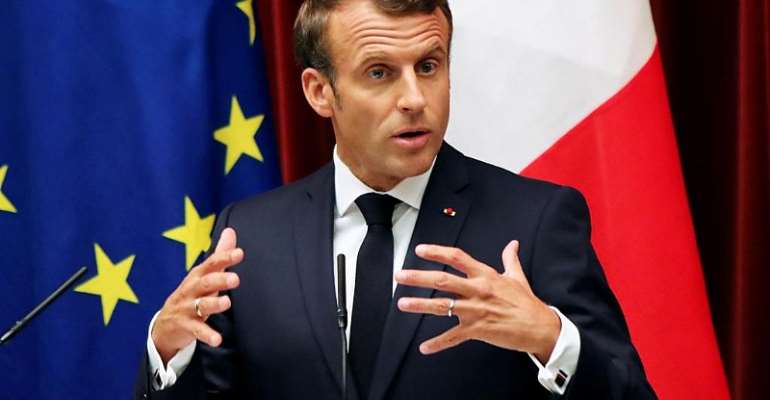 The head of France's new climate council Corinne Le Quéré insists the government needs to "step up" its fight against climate change after revealing that Paris is way off its emission targets. The stark warning comes as President Emmanuel Macron visited Japan on Wednesday, and urged his partners not to cross the "red line" on climate change.

"France has very ambitious targets on climate change, so it is in fact not so contradictory that it is not succeeding in meeting its targets," Le Quéré told RFI.

The trouble is France, the eurozone's second-biggest economy, has sought to portray itself as a world leader on the climate emergency. And critics expect it to deliver on its goals.

Le Quéré admits they are hard to reach.
"They are difficult targets. France is also the first country that faces difficult cuts in emissions because its electricity is already nuclear - low carbon - and so has a tougher job than other countries," she said.

France was the driver behind the 2015 Paris Agreement to limit global warming and President Emmanuel Macron has vowed to make "our planet great again”, in a rebuff to his US counterpart Donald Trump.

Battle lines are expected to be drawn between the two leaders when they meet on Friday at the G20 summit in Osaka, Japan.

On a visit to Tokyo on Wednesday, Macron warned that Paris would refuse to sign any agreement that watered down the 2015 climate deal, an agreement from which Trump plans to withdraw.

Red lines, policy change
"I have a red line," he told a gathering of French citizens before meeting Prime Minister Shinzo Abe.

"If we do not talk about the Paris accord and if, in order to find agreement among the 20 in the room, we are not able to defend climate ambitions, it will be without France."

"France has to step up," she commented, after her independent climate council, the Haut Conseil pour le Climat (HCC) revealed that in 2015-18, emissions fell by just 1.1 percent, just over half the 1.9 percent that was prescribed.

Unless emission targets are incorporated into government policy, Le Queré warns that Paris will continue to fall short of its lofty ambitions.

"When laws are put in place [...] they should really come with a carbon budget, in the same way that they come with a financial budget, and if that budget doesn't meet the ambition, it needs to go back to the drawing board," she said.

The government has vowed to respond to the council's findings within six months, ahead of the watchdog's next report in 2020, by which time they hope reality will have matched ambition.