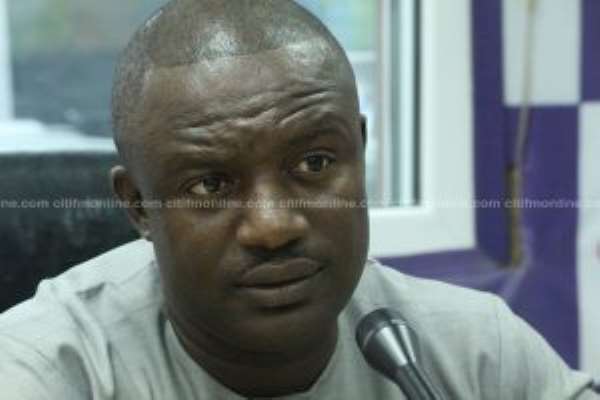 The Member of Parliament for the Yapei Kusawgu Constituency, John Jinapor says there were no basis for the recent increase in water tariffs approved by the Public Utilities Regulatory Commission (PURC).

Though the PURC cites indicators like inflation, foreign exchange rate and the price of fuel as some of the reasons for the 8.01 percent increase, Mr. Jinapor notes that these indicators were worse or “virtually the same” when the PURC reduced the tariff in September 2018 by 10.8 percent.

Electricity tariffs were also increased by 11.17 percent effective on July 1.

He thus insisted on Eyewitness News that “there is no basis and justification for that. It doesn't make sense to me.”

On the question of fuel, Mr. Jinapor recalled that in the 2019 budget, utility companies were to be freed of the burden of paying $181 million for the gas they consume.

“So it means that from the time the tariffs were reduced in 2018 when they were paying for gas consumed, compared to today, their cost of production has come down because today, the Gas they procuring, Parliament has granted approval that they should not pay for that gas; almost GHc1 billion.”

Referencing comments on the exchange rate, the MP also remarked: “when the cedi was falling, you thought it prudent to reduce tariffs. You didn't even hold the tariffs. So today what has changed?”

The recent reductions also buttress the Minority’s concerns that the energy sector debt was increasing and utility companies were at risk, Mr. Jinapor noted.

The Minority claims the power sector debt stood at $2.4 billion at end 2016 despite the President’s claim that his government inherited a $5.6 billion sector in the same year.

Mr. Jinapor said these developments made it clear that “there is a huge debt and utilities are collapsing and that is a fact.