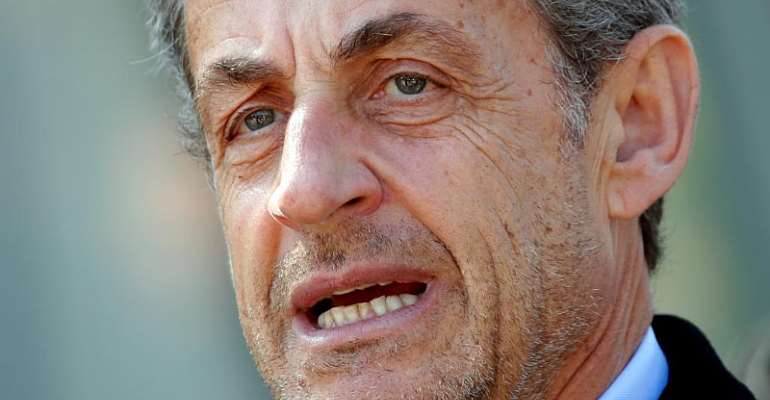 Former president Nicolas Sarkozy has already gone down as the first French ex-head of state to be detained by the police for questioning. Now it looks as if he'll make another first by having to stand trial.

The former president will face corruption charges, and this time, after an impressive sequence of appeals, counter-appeals and legal detours, it looks as if he might really have to appear in court.

This is the “Bismuth affair”, so-called because Nicolas Sarkozy was convinced that his phone conversations were being monitored by investigators, and thus adopted the pseudonym “Paul Bismuth”.

The alleged facts date from 2014, two years after his election defeat, and consequent loss of judicial immunity.

Nicolas Sarkozy wanted to know how he was likely to fare in the Bettencourt case where he was accused of having taken advantage of the diminished mental state of the aged Liliane Bettencourt, the L'Oréal billionaire heiress, to obtain campaign funding for his 2007 election bid.

He wasn't trying to influence or alter a court decision, he just wanted to have an early warning of how things were going to fall out.

So he offered a very desirable job in Monaco to a top judge, Gilbert Azibert, in return for an inside track.

Azibert never got the job, but the simple fact of making the offer is a serious crime. Sarko was eventually cleared on the charges about which he was so worried

Azibert and Sarko's lawyer, Thierry Herzog, are the two co-accused.

The trial date has not yet been set, but the case will probably be heard in Paris before the end of this year.

There's more where that came from
There is also the Bygmalion case, where the former president is accused of having knowingly inflated payments to the company which organised public events for his party, the UMP, in such a way as to disguise the sources of finance for his 2012 campaign.

And then there's the possible Libyan link to the 2007 presidential campaign, with bags of cash allegedly arriving from north Africa on a regular basis.

The national financial court is also investigating the ex-president's liking for using cash, especially in the form of 500 euro bills.

These cases are all more-or-less suspected of having been attempts by candidate Sarkozy to spend more on his campaigns than the 22.5 million euros permitted under French law.

It wasn't me, gov!
Sarkozy wrote about the Bygmalion scandal in France for Life, a book he published in 2015.

"It will no doubt be hard to believe, but I swear it is the strict truth: I knew nothing about this company until the scandal broke," he said.

Regarding claims of unduly wielding political influence, he has firmly denied doing anything "contrary to the values of the republic or the rule of law".

He has spoken of "political interference", suggesting that the judges who ordered that he be questioned in custody had an "intention to humiliate".

The progress of this case could be seen as a positive sign for the independence of the French judiciary, frequently accused, not least by Sarko himself, of allowing the political leanings of investigating judges influence their ardour in pursuing certain personalities.

But the latest developments will be a blow to the already struggling right, since Sarko has recently been spoken of as a potential saviour of the rudderless Republicans.

Unfortunately, that cry from the heart of Christian Estrosi, the right-wing mayor of the southern city of Nice, referred to Sarkozy as the “moral authority” of the French right.

Moral authority never looks great when it appears behind the label "The Accused".