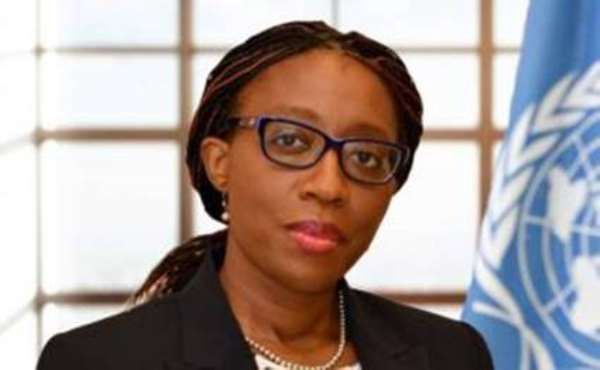 The Executive Secretary of the UN Economic Commission for Africa, Ms. Vera Songwe, has pleaded for stronger multilateralism and a sense of global community and global justice if we are to achieve the targets of Sustainable Development Goals (SDGs).

Songwe made the plea during the recent conference in Kigali on "SDGs Implementation in Africa: Reflections on a Three-Year Journey."

Songwe, who spoke on behalf of UN Deputy Secretary-General Amina J. Mohammed, recalled that when leaders of the world came together at the United Nations and adopted Agenda 2030, it was a moment of great hope aspiration. “Governments responded to the common challenges they face around the world by uniting behind the SDGs, a truly forward-looking and yet urgent plan for a healthier and peaceful planet,” she said.

"A few years later, we are seeing that we may not achieve the SDGs if we do not come back to that spirit of multilateralism, the spirit of togetherness and the spirit of social justice", she stressed.

The President of Rwanda, Paul Kagame, who also spoke at the conference, urged African countries to renew their commitment to achieving the SDGs, indicating that ownership by Africans to deal with challenges to implement the goals will be crucial going forward.

"Speeding up progress toward the SDGs is first and foremost our problem and responsibility as Africans," said President Kagame. "We live in an interdependent world and we work closely with partners but the political leadership on this topic has to be heard most strongly from African voices."

Songwe told the participants that when the SDGS were adopted in 2015 Africa was growing at 6%. Today the continent is growing only at 3%. "We need to ensure sustainable growth if we are to meet the SDGs," she said.

Since the adoption of the SDGs, there have been achievements on many fronts. The share of the African population in extreme poverty has reduced over the years. Most Africans now know what it means to live in areas with access to education and more girls have access to primary education. Nevertheless, Songwe stressed that more needs to be done, given that globally, poverty is still concentrated in Africa.