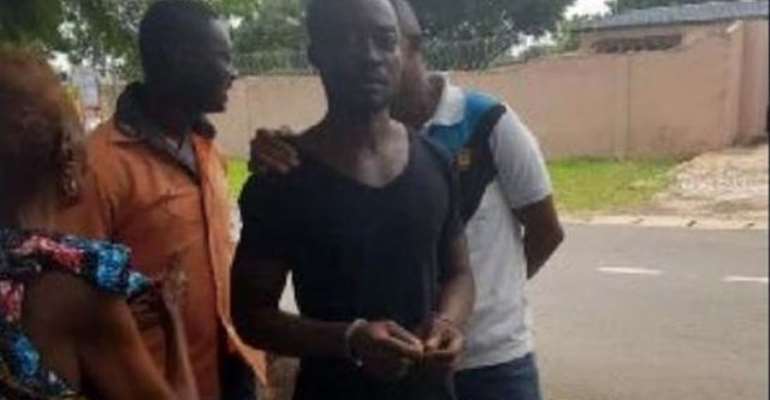 The victim, Akua, said her husband, Kofi, stabbed her multiple times in the head for refusing to allow him to use her money to pay a sex worker, he had spent the night with.

According to Adomonline, Akua shared her experience on a radio programme.

Akua said, her husband had spent the night outside of their home, only to return in the morning with a sex worker, who had demanded payment for the service she rendered.

Akua, a hairdresser, said her husband stole her money to pay the prostitute, an action which led to an argument between them.

The hairdresser alleged that her husband stabbed her in the head, while she was sleeping later that day.

She said that their neighbours rescued her from him took her to the hospital and reported the incident to the police.

Fearing the consequence of his action, the suspect fled the scene.

Akua said she was rescued by her neighbours who took her to the hospital and reported the incident to the police.

Akua said she wants her husband arrested and jailed for attempting to kill her.