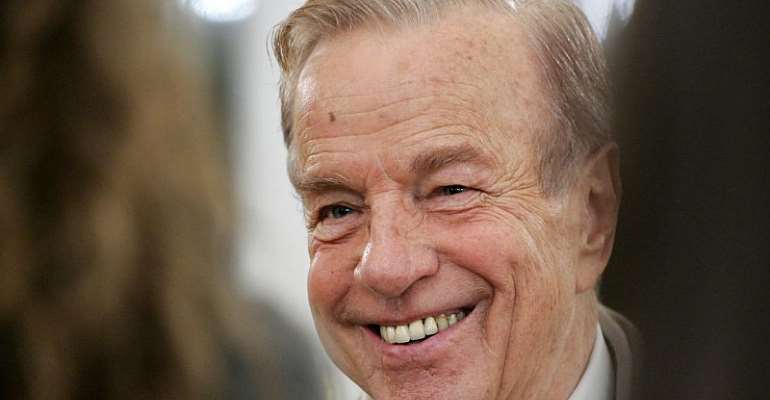 Italian film and opera director Franco Zeffirelli has died at his home in Rome, local media say. He was 96.

The director "died peacefully after a long illness, which had worsened these last months," according to the reports, citing family members.

"I never wanted this day to come. Franco Zeffirelli departed this morning. One of the greatest men in the world of culture. We join in the grief of his loved ones. Goodbye, dear Master, Florence will never forget you," tweeted Dario Nardella, the mayor of Florence, where Zeffirelli was born.

A director, screenwriter, and producer, Zeffirelli has about 20 feature films to his name.

Internationally, he is best known for having directed the 1968 film version of Shakespeare's Romeo and Juliet for which he was nominated for an Academy Award.

He also borrowed from Shakespeare for adaptations of Hamlet in 1992 with Mel Gibson and Glenn Close, and The Taming of the Shrew in 1967 with Elizabeth Taylor and Richard Burton.

On the small screen, Zeffirelli put an all-star cast together for the 1977 British-Italian television miniseries Jesus of Nazareth, the cast of which reads like a who's-who of 1970s acting talent, including Laurence Olivier, Rod Steiger, Anthony Quinn, Anne Bancroft, Claudia Cardinale and Christopher Plummer.

Another great love was opera, with films such as Callas Forever (2002), Pagliacci (1981) and La Bohème (2008), often working in myriad roles, including opera director and production and costume designer.

"The word of culture, and of cinema weeps today at the death of the maestro Franco Zeffirelli, a genius of our times, I love his films," said Italian Culture Minister Alberto Bonisoli.

Zeffirelli received an honorary knighthood from Britain in 2004 for his "valuable services to British performing arts".