Johnson leaps into lead in race to replace May 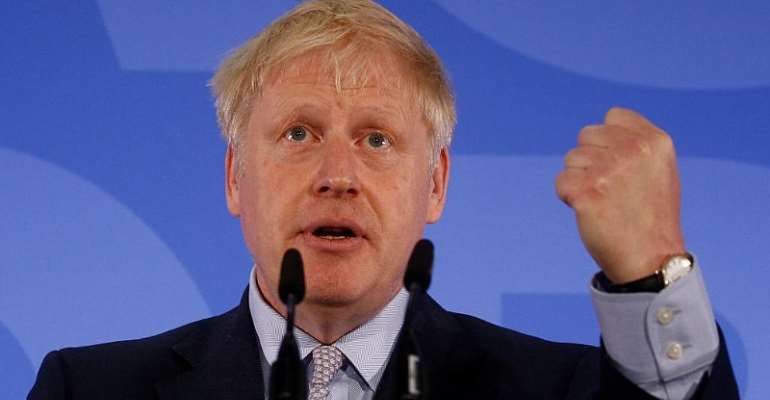 Former foreign secretary Boris Johnson has taken a dramatic lead in the first-round secret ballot between Conservative MPs to decide the next prime minister. The Brexit hardliner garnered well over twice as many votes as his nearest rival.

Three candidates, who took fewer than 17 votes each, were eliminated from the running, reducing the candidates to seven.

The future prime minister will need to deal swiftly with the divorce from the European Union. Frontrunner Johnson, a hardline Brexiteer, said Britain could leave without a deal by the exit deadline of 31 October.

In previous interviews, Johnson admitted that no-deal would cause some disturbance in Britain, but said it is the best bet for the future of the country.

Remainers say a no-deal would be catastrophic.
Gearing up for the next steps
The seven remaining candidates will square off during a televised debate on Sunday.

The contenders will have to survive another round of secret ballot voting among MPs on Tuesday 19 June. If all candidates reach the 33-vote target, the person with the fewest votes must drop out.

Further votes are to be held on 19 and 20 June until just two contenders remain. The final vote will be up to the 160,000 Conservative party members throughout the country.

Prime Minister Theresa May stepped down as the leader of the Conservatives last Friday, and will step down as caretaker prime minister when a new prime minister is chosen.