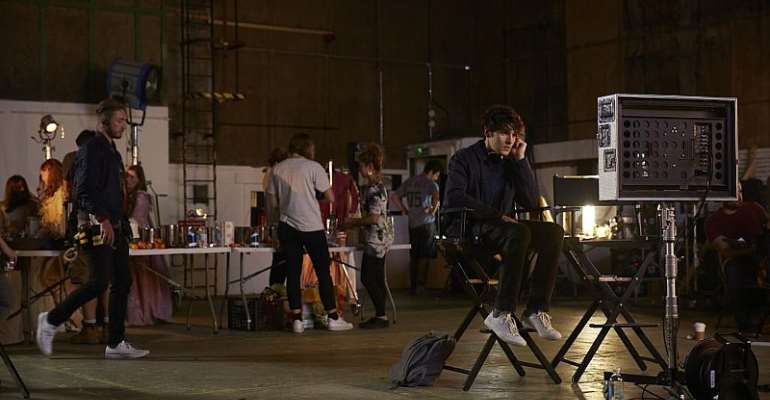 For the 33rd year running, the annual international film festival of Cabourg in Normandy spreads a bit of romanticism. A good home for Rom-Coms like Dany Boyle's Yesterday, but also for the more serious moods of the likes of So Long My Son from Wang Xiaoshuai, or the bitter-sweet Benjamin.

It's a French festival which has an eye on film happenings over the Channel in Britain, where directors are making the most of talent from other European countries.

The audience is at the heart of the Cabourg Film Festival, where cinema lovers can stroll off the beach into a hall and catch some films which have premiered in festivals and some of which haven't yet released in France.

"We look for love in the scenario. It could be love between two people, but it could also be love for your planet, or love between two friends. But the love aspect has tended to fade away in recent years, that's why we try to be more general," explains Marielle Petri, the artistic director who chooses the films for the Cabourg Film Festival.

Petri is attentive to film music and how directors use music in films, "in most films the music aspect is very close to the loving aspect," she said, "Yesterday is wonderful because there's a love aspect and a very strong musical aspect."

Yesterday takes its name from the title of The Beatles famous and ideally romantic ballad. It's Slumdog Millionaire and Trainspotting director Danny Boyle's latest romantic comedy, written with Richard Curtis of Notting Hill and Four Weddings and a Funeral fame.

The festival includes a special a section called "For the Love of Music". Dany Boyle's film is one of the seven along with Kirghiz director Aibek Daiyrbekov's The Song of Tree, and two films which premiered at Cannes in 2019 – Christophe Honoré's Chambre 212 and Benoit Forgeard's Yves.

Boyle's film also features in the Panorama, Audience Award section along with Vita and Virginia directed by Chanya Button with Gemma Arterton, Elisabeth Debicki and Isabella Rossellina. It's about the relationship between writers Virginia Woolf and Vita Sackville-West in the 1920s in London. Romantic Comedy, a documentary directed by Elisabeth Sankey is a third UK film in the same section.

Really romantic
"Documentaries are especially important tools for teachers who bring their classes to the festival screenings," says Petri, who tries to programme films broadly for all tastes and ages.

Three French documentaries are in the music section, one a tribute to French female singers from Françoise Hardy to Camelia Jordan. Haut Les Filles is directed by François Armanet. The title is a play on a French expression which means chin-up.

Swanning about
The closing ceremony on Saturday 16 June will see some of the films from as geographically far apart as Latin America, Asia and Europe awarded a Swann, or perhaps two.

The festival's awards are named after Swann, the character in French author Marcel Proust's A la recherche du temps perdu, Rememberance of Things Past or In Search of Lost Time, but shaped like the water fowl.