Climate Change; All Voices On Deck 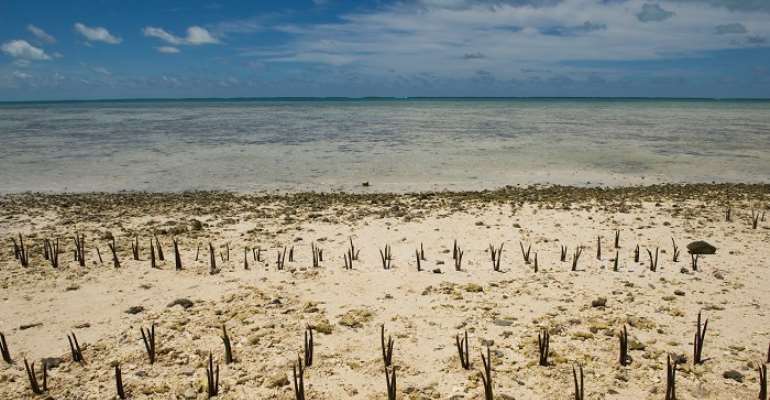 “PLANET BEFORE PROFIT” was the inscription on a card held by one of the many school kids striking against climate change in the early parts of 2019 in the US and other parts of the western world. Their roles in creating awareness is setting the stage for influencing policy making at the highest decision making bodies and has granted some of the kids access to deliver addresses at the UN General assembly and also the UN Climate Summit.

Though we are yet to see such extent of advocacy in our part of the world, with time and the right education it will materialize. History is replete with the leadership roles individuals have played in causing marked change in societal idiosyncrasies and politics, from Nelson Mandela to Martin Luther jnr, from Malala to Geetha Thunberg.

In 2014, Kathy Jetnil-Kijiner received international acclaim through her poetry performance at the United Nations Climate change summit in New York. A Marshall Islander and poet, Kathy Cofounded the youth Environmentalist non-profit ' Jo- Jikum' dedicated to empowering Marshallese Youth to seek solutions to climate change and other environmental threatening the Island. She is one of the 13 climate warriors selected by Vogue in 2015. She was also selected Impact Hero of the year by Earth Company in 2016.(KathyJetnilKijiner.com).

Her poem “Dear Metafele Peinem” written to her daughter (excepts below) received a lot of attention in the media after it’s recital at the United Nations climate summit.

“...no one’s drowning, baby
no one’s moving
no one’s losing
their homeland
no one’s gonna become
a climate change refugee
or should i say
no one else
to the carteret islanders of papua new guinea
and to the taro islanders of the solomon islands
i take this moment
to apologize to you
we are drawing the line here...”
(KathyJetnilKijiner.com)
The role of individuals cannot be overemphasized, the words of one person, the actions of the other person, the finance of the other, the commitment of Government and stakeholders, and the general commitment of all will ensure that we will leave the world a better place for our generations unborn.