Normalization Committee Is a Functional Contradiction 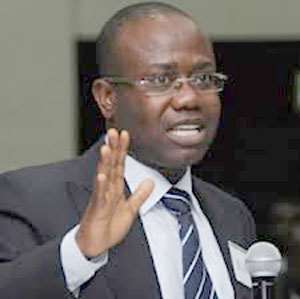 I have read at least one news report about the so-called Normalization Committee of the Ghana Football Association (NC of GFA) in which some members of this Interim GFA Committee of caretaker administrators are alleged to be pooh-poohing the merit or validity of a FIFA-conducted forensic auditing of the account books of the tenure of Mr. Kwesi Nyantakyi that found no evidence of corruption and wrongdoing on the part of the former GFA President. Indeed, we are told that the greatest problem experienced by the Nyantakyi administration was the perception of corruption, obviously compounded by the Anas Aremeyaw Anas-owned Tiger-Eye team of private investigators, and not the actual practice of corruption itself (See “FIFA Forensic Audit: Normalization Committee Rubbishes Report of Nyantakyi’s Exoneration” GhanaGuardian.com / Ghanaweb.com 5/28/19).

I personally find the response of the Normalization Committee to be quixotically untenable or patently absurd, and I will explain why. For starters, according to the Normalization Committee, we are told, the FIFA audit only covered monies or financial support directly given by the global soccer organization and authority for the development of soccer in the country. Consequently, the audit did not cover non-FIFA monies either illegally presented to Mr. Nyantakyi as gifts or bribes. But we all thought it was in the matter of the purported breach of FIFA regulations by the dismissed CAF and FIFA executive member which constituted both the focus of the Anas Aremeyaw Anas sting operation and the petitioning of FIFA by the Tiger-Eye PI company proprietor. Dear Reader, you see the clever dodge here? If FIFA does not concern itself with any operational aspects of its various national membership organizations, then they probably do not matter, anyway.

In other words, what we clearly see here is a shameless Normalization Committee wanting to eat its proverbial cake and having it too. No such suavely acrobatic response could be more preposterous. The question now verges on whether GFA’s Normalization Committee would have kept mum and sat on the FIFA forensic auditing report for as long as it appears to have done, if any adverse findings had been made against the former GFA President and CAF and FIFA executive. Indeed, there is every reason to believe that quite the diametrically opposite would have been the case. In sum, what we presently have in the GFA’s Normalization Committee is an impudent bunch of reprobate operatives who have absolutely no respect for the truth.

Now, what NC members like Ms. Naa Adofoley Nortey are lamely telling the general Ghanaian public is that FIFA’s forensic auditing of the account books of the Nyantakyi tenure was not comprehensive enough, because the auditing did not cover the receipt of non-FIFA monies like those which the heavily edited, and some experts have even alleged, criminally doctored, and ideologically skewed Anas’ documentary titled “Number 12” exhibited. Which, of course, has been proven by some investigative experts and film mavens to have been a total scam produced on the cheap. Indeed, a significant portion of the narrative provided by “Number 12” has proven to seriously lack merit and veracity, in particular those portions where evidence clearly seems to have been planted, even as we all witnessed in the documentary exposé collaboratively produced by then-President John Dramani Mahama and Mr. Anas.

You see, were the members of the GFA’s Normalization Committee as honest and forthright as they would have Ghanaians believe, they would have promptly released their copy or copies of the findings of FIFA’s forensic editing and clearly and emphatically stated why they vehemently disagreed with FIFA. Instead, we have the shameless likes of Naa Adofoley Nortey publicly denying that even any such FIFA report exists in the offices of the GFA’s Normalization Committee. Now, what the foregoing response from the Normalization Committee means is that if it later or shortly turns out that, indeed, FIFA’s forensic auditing of Nyantakyi’s tenure found no evidence of fiscal wrongdoing or corruption, the entire membership of the NC will have to be shown the exit, for abject lack of integrity.

The author has 5084 publications published on Modern Ghana.