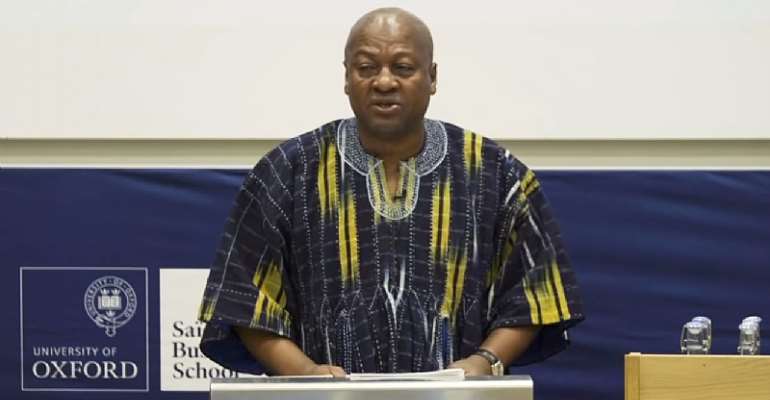 Governments in Africa, after winning the mandate of the people, become self-serving with their only focus of winning the next elections whiles the citizens continue to suffer.

This, former President John Dramani Mahama has bemoaned, indicating that democracy is conterminous to physical growth and prosperity.

He said democracy is about improvements in people’s lives, access to social services, jobs and employment, social justice and the fight against corruption.

The former President noted that citizens begin to question the need to exercise their franchise during elections when they feel no tangible improvement in their lives.

According to him, democratic governments must therefore go hand in hand with political and economic empowerment of local populations.

“Our democracies must seek to create a decent life for our people in a clean environment that works to preserve our planet. In this endeavour, we must all be committed to play our part. It is only in this way we can unleash the full potential of our people to create a better society for generations to follow,” Mr. Mahama stated.

He said this at the recent seminar organised by the Oxford University Said Business School in collaboration with the African Studies Centre and the Oxford Africa Business Alliance on the topic, “'Democracy & Elections in Contemporary Africa.”

As a distinguished speaker, Mr Mahama stressed that democratic spring in Africa has impacted positively on many African countries.

He added that over the last decade, average GDP growth in many countries has ranged between 4 and 6%. Many countries have seen an upsurge in foreign direct investments.

The former President opined that Africa has enjoyed the fastest growth in telecommunications and IT in this period. The African middle class has prospered and has been one of the fastest growing in the world.

“Per capita income has increased significantly for many African states. The successful implementation of the Millennium Development Goals has seen achievement of reduction of hunger and malnutrition.

“Many African countries have seen an increase in primary school enrolment and achievement of gender parity in enrolment.

“Average life expectancy has improved. Widespread use of vaccinations has seen a significant drop in under-five mortality and many children are surviving and thriving. All these positive developments are the dividends of democracy,” he stressed.

According to him, significant strides made towards political and economic liberation of the people in Africa paint a picture of a continent definitely on course in delivering on the will of the people.

Mr. Mahama however, intimated that despite the significant gains made, African democracy is still fragile and faces major challenges.