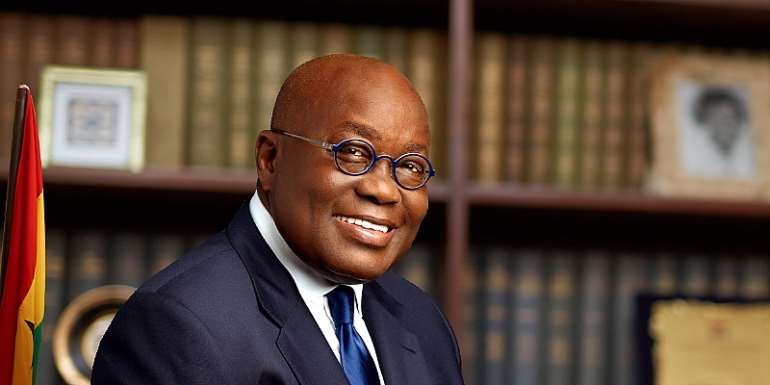 I don’t know who told the author of the rather desultory opinion piece titled “Nana Addo, How Great Do You Want to Be Recognized After Kwame Nkrumah?” (Modernghana.com 3/28/19) that President Addo Dankwa Akufo-Addo would want his greatness or achievements to be perceived and reckoned along the same lines or in much the same mold as Ghana’s first postcolonial leader. Indeed, I have said this several times before and hereby repeat the same, once again, that for Nana Akufo-Addo to recognize President Nkrumah as either his role model or political and ideological hero, the latter’s image, personality and reputation may have to be falsely sanitized and thoroughly reconstructed and then cheaply sold to whoever has the scandalous impudence to buy the same on a backwoods flea market.

Make no mistake: I perfectly appreciate the fact that people like the author of the aforementioned opinion piece envisage the late Nkroful, Nzema, native in the mold of a demigod; but, of course, naturally, not every remarkably knowledgeable and critical-thinking Ghanaian citizen or global African perceives Nkrumah in the same dogmatically homogeneous manner. Indeed, as the famous Kenyan scholar, political scientist, novelist, author and documentary filmmaker and thinker, Prof. Ali A. Mazrui, late, once observed in a lecture that he presented to the members of the Ghana Academy of Arts and Sciences (GAAS) and other equally distinguished personalities of both the local Ghanaian scene and the international community, “Kwame Nkrumah was a great African [no question about that] but decidedly a very bad Ghanaian citizen.”

Prof. Mazrui, at the time of this most profound observation, recognized Nkrumah as a great and even distinguished African personality and citizen because no African in the second-half of the 20th century had so fiercely and fervidly championed the unified cause of Africa in the progressive and dynamic manner assumed by the American-educated and DuBois- CLR James- and Padmore-influenced Ghanaian leader. Nevertheless, even as Prof. Mazrui poignantly observed, in terms of civil rights and the fundamental rule of law, President Nkrumah could not have set a worse precedent. And, of course, like all things monumental, charity must, perforce, begin at home. In other words, in the revered opinion of Prof. Mazrui, it was simply insufferable for any critical thinker to contend that Nkrumah could genuinely love continental Africa more than he evidently loved and respected the citizens of Ghana, that is, the very people who generously offered him the platform to launch his pan-African revolution.

Indeed, it goes without saying that this is not the critical and moral frame and/or context in which Nana Akufo-Addo would have himself and his phenomenal record of achievements perceived by posterity. For starters, both leaders came of age in different times and assumed the glorious mantle of leadership nearly two generations apart, although only a single generation separated Messrs. Nkrumah and Akufo-Addo from one another. But even more significant to note is the fact that in our time, Nana Akufo-Addo is entrusted with the democratic governance of a population that is at least six times the size of the five-million people whose colonial governance was peacefully handed over to him with the relative minimum of resistance by the British colonial administrators.

In other words, relatively speaking, President Akufo-Addo is confronted with a much greater magnitude of governance problems in a much more complex and technologically advanced country and economy that Ghana’s first postcolonial leader could scarcely have fathomed or dreamed about. As a veritable and cavalier scofflaw and an irredeemably extortionate civilian dictator, President Nkrumah could readily get away with a legion of misdeeds that a President Akufo-Addo could scarcely dream of breaching, without instantaneously risking his electorate and/or leadership mandate. In other words, it would approximate nothing short of the downright preposterous for any critic or commentator of substance or worthy of such designation to presume to have Nana Akufo-Addo, literally, cut his proverbial jacket or coat according to the much smaller size of the geopolitical jacket/coat of his predecessor.

Which, of course, is not to either emphatically observe or even obliquely imply that President Nkrumah’s leadership was without any learnable/teachable redeeming features. Rather, it is just that different political and historical times clearly demand totally different role models or individual leadership frames of reference. It is just a matter of common sense and critical objectivity.

The author has 4994 publications published on Modern Ghana.