I Write What I Believe In 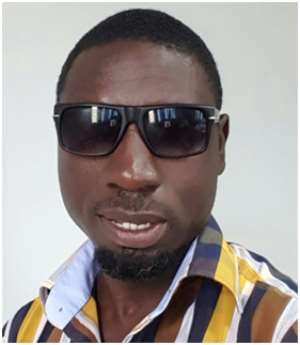 Once in a while, I have had some editorial issues in this column. The first feedback I have had in writing 'Simpa Panyin' came from Madam Adwoa Yeboah-Afari, the former GJA President.

I had written an article entitled: “Montie 3 Goes to Rawlings”. She felt that I had overshot the title, as it did not match the content of the article.

The second feedback I had was from Madam Gina Blay, the co-founder of the 'Daily Guide' newspaper. I had written an article criticising the brutalities that took place at Denkyira Obuasi following the unfortunate killing of Major Mahama, when the soldiers were incensed at the people of Denkyira Obuasi and had been alleged to have gone to the location to terrorize the residents in the area.

In that article, I argued that it was wrong for the soldiers to have taken the law into their own hands to beat up civilians even if those they were beating were culpable as regards the killing of the respected soldier. I felt that the soldiers were pronouncing everyone guilty even before they faced the law, and that it was likely that those who took part in the actual killing might have even run away even before the incident came to the attention of the media, leaving innocent victims at the mercy of the aggrieved security men.

This was when grief had engulfed the whole nation, including myself. Understandably, being a mother, Madam Gina Blay might have felt more of the pains of the killing of the Major than most of us men might have felt. Her grief might have influenced her to tag my article as insensitive, especially when almost every single person was emotionally attached to the issue.

I knew the association that Madam Gina Blay had with 'Daily Guide' and the fact that she had the authority to put an end to my column. I also knew that apart from being a lawyer, Madam Blay was also a media person who believed in the freedom of the press and editorial conscience of journalists so I decided to test the waters.

The following week, I wrote a full article in reaction to Gina's reaction, discussing the concerns that she expressed. I repeated my call for the soldiers to stop brutalizing the civilians. I urged the government to step in to protect Denkyira Obuasi from the ongoing brutalities. Despite being critical of Gina, my article was published in full!

A few weeks ago, I had a similar situation with 'Myjoyonline' when the media house debated some portions of one of my articles. According to them, there were a few hard lines. The editor had called to discuss this with me, but eventually they published the article in full after an 'editorial vote'.

The following week, I wrote in my article what transpired at 'Myjoyonline' before the previous week's article was published. The lady was like “hey James, as for this one dierr, it is me right there in your article”. I responded “yes, it is you right there. Next time correct my grammar, not my content!”

That is the beauty of journalism. You have the freedom to say it as it is and to exercise your conscience and if you are being pushed to uncomfortable censorship, you either follow your beliefs and resign, or you conform to hurt your beliefs. I am part of those who will walk away quietly if one tries to censor them.

I have stated a couple of times that I write what I believe in. I believe in Free SHS, for which reason I have written not less than 15 articles on the Free SHS policy since 2011. I'm sure you remember that I was one of the first people to publicly declare that I will vote for Nana Akufo-Addo in 2020 by virtue of the Free SHS policy.

Last week, I wrote an article entitled: “Boot-for-Boot and the Making of Power-for-Power”. In that piece, I argued that because our politicians do not have confidence in the police, they try to embolden their followers by creating sound bites that can help them to grow aggressive and defensive followers. Of course, I made reference to the then candidate Akufo-Addo's 'all-die-be-die' comment, and the recent 'boot-for-boot' mantra from ex-President Mahama.

Subsequent to this article, I received a call from the editorial department informing me of some complains that had come from some readers of the write-up, some of whom were not happy with my reference to 'all-die-be-die'.

Yes, those who were complaining are also entitled to their opinions. But I would like to make a point here that I have followed President Akufo-Addo since I got to know that he is an old student of Legon Hall, and I believe all those who know the man will tell you that he is above some of these very petty 'patronizing fights'.

I have said this several times in this column that I am an NPP member. However, being pro-NPP should not blind me in my quest to achieve balance. Last week's article was one of the most balanced articles I have written. I do not see why anyone expected me to reference 'boot-for-boot', without referencing 'all-die-be-die'. Sometimes we seem to portray that we are more catholic than the Pope. I am sure that if Nana Addo himself had read the publication, he would have appreciated the approach and laughed out loud.

Publishing this article is of course a win for journalism, and a further endorsement of what the founders of the paper stand for.

Still, the battle is the Lord's!