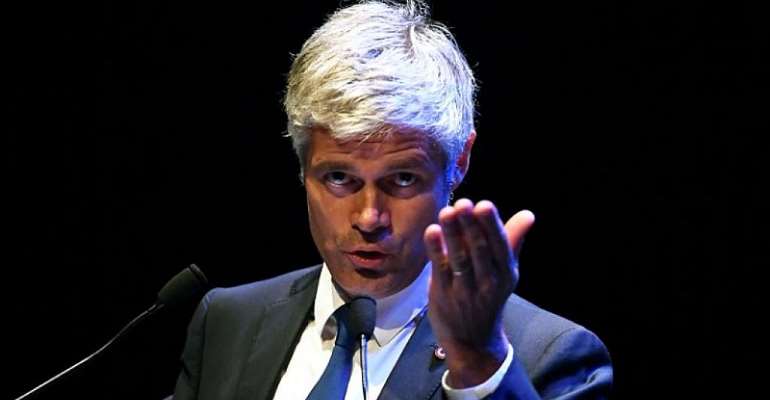 France's right-wing Republicans party has been criticising the government for an alleged failure to close all Salafist mosques in France. A Paris court imposes a record fine on the Swiss bank UBS. And Nutella is forced to close its biggest factory.

Laurent Wauquiez, leader of the right-wing Republicans party, claims that, of the one hundred or so known mosques maintained by the Salafist Islamic sect, only seven have been closed. And he's right.

The Interior Ministry has confirmed that, since the end of the state of emergency in October 2017, and the introduction of the law allowing the closure of any religious establishment preaching hatred, seven mosques have indeed been closed.

If you go back to the period immediately after the election of President Emmanuel Macron, you can count 15 such closures, for a total of 40 since the state of emergency was declared in November 2015.

Which doesn't mean that Laurent Wauquiez is not talking through his hat.

Salafism is not illegal.

What is a Salafist, and why should we care?

Salafist believers try to imitate the lives of those Muslims who lived in the three generations immediately after the prophet Mohammed, he having been born in-or-about the year 570. So your average Salafist has a tough time living in a modern secular state like France.

But that breaks no laws.

The problem is that some Salafist imams or preachers have been reported to the authorities for holding and expressing views which do, definitely, break the law.

Hate speech and calls for jihad are the obvious examples. But they are also difficult to prove. And if you close a place of worship without convincing proof, it won't stay closed for long.

There's an even more complicated aspect to this, since some radical mosques are purposely being kept open by the police, because the intelligence services regard them as crucial sources of information and don't want to see a return to the era of what was called cellar Islamism, when the really dangerous personalities simply dropped off the police radar.

As French law on freedom of religion currently stands, Salafism can not be banned, whether M. Wauquiez likes it or not.

The French financial daily Les Echos looks at the Swiss papers for its top story. “Stupefaction” is the key word. The shock-horror, in case you haven't guessed, has been provoked by the record fine of 3.7 billion euros inflicted on the top Swiss bank, UBS, by the French tax authorities.

Among the most stupefied must be the bank's top legal advisor, Marcus Diethelm, who insisted in bringing the case to trial at a stage when the French tax authorities were prepared to settle for a mere 1.1 billion.

The case centres on the bank's responsibility in helping French tax-payers defraud the Paris tax authorities by, basically, hiding their cash for them. Worse, UBS is suspected of having sent salesmen to chic soirées to advise clients that the service was available. The details of three thousand accounts were presented in evidence.

Poor old Diethelm emerged from the court and repeated the same three sentences in French, German and English: “It's an incomprehensible decision. We're going to appeal. They have no proof.”

Three thousand accounts sounds like a lot of proof.

There is one downside to this from a French point of view. Paris, you'll know, is busily trying to attract the international banking community soon to be driven from the ruins of London in the wake of Brexit.

Les Echos warns that this decision, especially the massive size of the fine imposed, may make a few financial heavyweights think twice before transferring their spondulix to Paris.

Finally, bad news for fans of the hazelnut spread Nutella. The world's biggest factory producing the stuff, which is in Normandy, has had to shut down operations because of quality control concerns.

But don't panic! The closure is a precautionary measure and will be temporary, according to the Ferrero press office. No suspect pots have actually escaped from the building, and there is no danger of any shortage. Things should be back to normal by early next week.

Heart specialists are probably perturbed by the news, since Nutella is 56 percent sugar and 31 percent fat. The closed factory is capable of turning out 600,000 pots every day, that's one quarter of global production, and must create quite a lot of work for heart specialists.

Ferrero, the mother company, has an annual turnover of ten billion euros.

Postpone 2020 Elections To Next Year – Methodist Minister
53 minutes ago