MANASSEH WRITES: This Commission represents Akufo-Addo’s credibility on this case 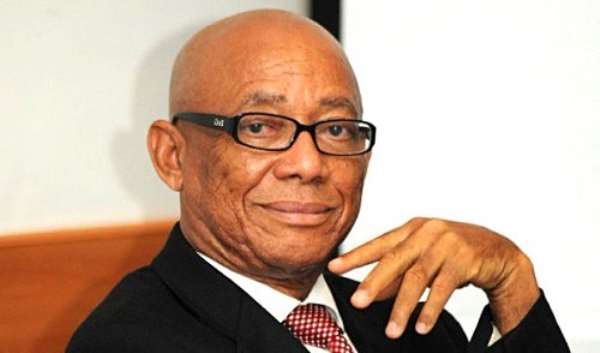 The government has responded to the outcry of the nation against the violence that took place at the Ayawaso Wuogon Constituency by-election last week. A statement signed by the Director of Communications at the Presidency, Eugene Arhin, today, announced the setting up of a Commission of Inquiry to investigate the matter.

A former Commissioner of the Commission on Human Rights and Administrative Justice (CHRAJ), Justice Francis Emile Short, chairs the Commission. A Criminal Law lecturer, Professor Mrs. Henrietta Mensah-Bonsu; and a former Inspector-General of Police, Patrick Kwarteng Acheampong, are members of the Commission.

A private legal practitioner and former Dean of the GIMPA Law School, Dr. Ernest Kofi Abotsi, has also been appointed as Secretary to the Commission, according to a statement issued and signed Wednesday, February 6, by Director of Communications at the Presidency, Eugene Arhin.

“The terms of reference of the Commission are: (a) to make a full, faithful and impartial inquiry into the circumstances of, and establish the facts leading to, the events and associated violence during the Ayawaso West Wuogon By-Election on the 31st day of January 2019;

This is the best response to our cry of the nation for action on this matter. The credibility of the members of the Commission (or at least a majority of them) in this matter is unblemished. Their findings will be respected and attached with a lot of weight.

President Nana Addo Dankwa Akufo-Addo and his government should be highly commended for this step. Setting up a Commission of Inquiry is one thing. The quality of the Commission is another. The persons selected for this commission shows the government’s seriousness and genuineness in dealing with the troubling matter at stake.

In my previous article, I was emphatic that the police could not investigate and present any credible report. This step is heartwarming. And I hope the government will act decisively on what they bring.

Ghanaians can only hope that the members of the Commission will live up to the aura of credibility and respectability that comes with their names.

Ernest Kofi Abotsi, is the secretary of the Commission

I hope the outcome of their probe and the actions thereof will dry our tears and allay our fears as we head for election 2020 and beyond. I hope their report will put more attention on the violent political vigilantism and their recommendations will help us deal with this monstrous cancer that is threatening to destroy the cells of civility in our politics and national life.

Gentlemen and lady, Ghana is waiting and watching. Your work has an important way of shaping our nation and its future.