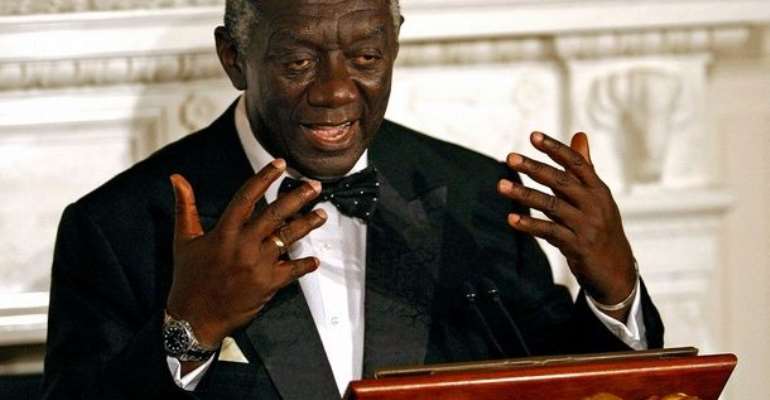 Let’s take a critical look at the content of the Right to Information (RTI) bill before it is passed in order not to endanger the security and stability of the nation, Former President John Agyekum Kufuor has said.

According to the former President popularly referred to as the gentle giant, even though the passing of the bill will help in the fight against corruption in the country, it is also vital authorities do due diligence to ensure it does not present us with security implications later in the future.

“Though the passage of the RTI would greatly check corruption among others, it is important to consider the security implications”, Mr. John Agyekum Kufuor said whiles delivering a lecture at the Annual Leadership Lecture organized by the University for Professional Studies, Accra (UPSA) on the theme: “Leadership in Ghana: Meeting Global Standards”.

He has called on Parliament and government to review the stability and security aspects of the bill which has not been passed in over two decades.

“We must look at the stability and security aspects of the bill. This bill must be passed to achieve better governance but it must not be at the cost of security and stability of the nation. It is obvious that governments not passing the RTI frustrate the fight against corruption and civil society groups are up in arms for the lack of passage and they are entitled to protest.”

He continued “Successive governments have been grappling to pass this bill. The real challenge is not governments refusing to pass the bill, I don’t think so, but the text of the bill, the content of the bill has not been visited enough to offer guarantees to information that are of security and stability concerns to the integrity of the nation itself.

Meanwhile Parliament has assured that the bill is likely to be passed before the year ends or after the first sitting by the house early next year 2019.