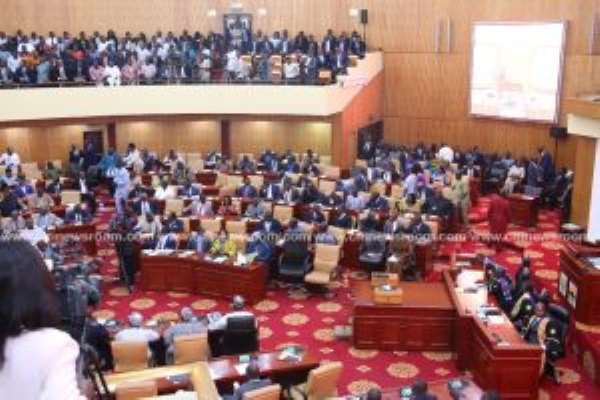 Plans by Parliament to pass the Right To Information (RTI) Bill might hit a snag, as the Alliance for Development and Industrialization has called on the government to suspend with immediate effect, the debate on the RTI.

According to the ADI, until structures such as the validation or verification of content are put in place or established, the government should not be in haste in passing the Bill.

“First and foremost the government needs to establish a secretariat for the RTI where all Ministries, Departments and Agencies (MDAs) would be hooked onto one particular platform for the supply of authentic news bulletins.”

Also, the Secretariat should establish a conduit where all information requests from individuals or corporate organizations could be channelled through.

The Secretariat would demand an ID from people who are requesting for the information. This, the ADI said would be a reliable source of news information for the general public.

Additionally, the ADI is asking the National Media Commission, (NMC), the statutory regulator of the media industry, to be proactive in devising methods of content approval with support from the Ministry of Communications, Ministry of Information and the National Commission for Civic Education to create an electronic content and monitoring approval centre to aid in authentic news dissemination. The platform should have a content validation code which can be used by everyone in verifying news item via SMS.

This is expected to generate about 4000 jobs for media practitioners.

The call by the ADI comes at the back of fake news which normally goes viral on social media with instantaneous response from readers. “Many individuals make use of photo shops to communicate, which in many a time turns out to be fake. If this menace is not curtailed it may even lead to a coup d'état. We need to police the social media”, it said.

“If our demand is not adhere to, we plan to go on countless demonstration across the country, until our call to put the passage of the RTI on hold is heeded to”, ADI threatens.

They have also cautioned that, no government should be in haste to pass the RTI bill because of political promise which may erode the democracy that the country has enjoyed since 1992 to date.

ADI fears that if proper structures are not put in place, taking into account the modern social media, any fake news that is published may lead to the collapse of a particular government as it has happened in other countries like Egypt and Tunisia.

The ADI has asked the government to support and use the NMC as a conduit for content verification and validation. This is expected to cut down on fake news and unverified content.

The ADI has also tasked the NMC to create a platform where the general public could be alerted on fake news which may go viral on social media.

Parliament has begun the consideration of the Right to Information (RTI) Bill which has been before the House since 2013.

The bill which was ushered into its consideration stage is expected to be discussed clause by clause with all concerns debated and voted upon. The rationale for the bill is to give right and access to official information held by public institutions, private entities which perform public functions with public funds.

The right to information is a fundamental human right guaranteed by the country's 1992 Constitution and recognized as a right under International Conventions on Human rights. The bill will give substance to Article 21 (1) (f) of the Constitution which states that “All persons shall have the right to information subject to such qualifications and laws as are necessary in a democratic society”.