By U.S. Department of State 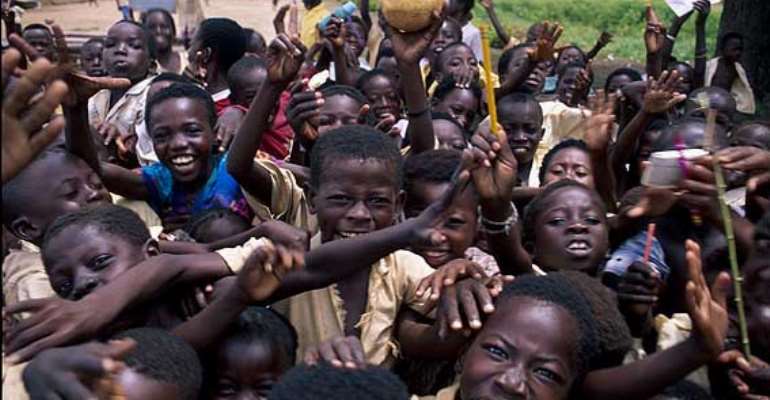 In a Washington File interview October 6, Cohen, who was assistant secretary of state for Africa from 1989 to 1993, said he expects "good things" from the "five African lions," including consistent gross domestic product growth of 7 percent or more a year and the development of a common market for Tanzania, Kenya and Uganda.

In the 1960s, Hong Kong, Singapore, South Korea and Taiwan were at comparable levels of wealth as African countries, Cohen said. Since that time, the "four Asian tigers" have experienced astonishing rates of sustained growth, while their African counterparts, for the most part, have stagnated.

Cohen said he believes the trend is reversible, provided the lions return to their agricultural strengths and maximize their inexpensive labor force through manufacturing.

"More money is not necessarily the answer," the former ambassador to Senegal and The Gambia emphasized. "If you look at all the money that's gone into Africa since the Second World War, there have been 25 Marshall Plans [the U.S. plan for the reconstruction of Europe after World War II]. So money is not an issue. The question is how you use it and what the policies are."

Acknowledging that debt has been a continual problem, Cohen commended President Bush's "creative" solutions, in particular his push for multilateral development bank assistance in the form of grants rather than loans.

In 2001, when nearly 100 percent of assistance to the world's poorest countries was provided as loans, Bush challenged the World Bank to stop the "lend-and-forgive cycle" and provide 50 percent of its aid as assistance grants.

Today, approximately 45 percent of the bank's aid to the poorest countries is provided in the form of grants. Ghana, Kenya and Tanzania all benefit from the program.

These three African lions also illustrate Bush's policy of "backing winners" -- a strategy that concentrates "the lion's share" of U.S. development assistance on those countries most likely to "roar," says Cohen. Ghana, for example, is currently set to receive assistance under the President's Millennium Challenge Corporation (MCC), which provides development assistance to those countries that rule justly, invest in their people and encourage economic freedom.

Kenya and Tanzania also are being considered, having been designated "threshold countries" -- those committed to undertaking the reforms necessary to improve policy performance and eventually qualify for MCC funding -- in 2004.

"Why not concentrate resources in these countries to make sure they do succeed?" Cohen mused. "People criticize the MCC for the way it's been administered, but I think the idea behind it is a very good one."

The administration's substantial increases in financial assistance to Africa elicited praise from Cohen, who commended the tripling of U.S. assistance to Africa to $3.2 billion in 2004 as well as the $15 billion HIV/AIDS prevention program, the majority of which benefits countries in sub-Saharan Africa. To date, the program has helped treat 235,000 Africans, 90,700 of whom live in Nigeria, South Africa, Tanzania and Kenya.

The ambassador was less enthusiastic, however, about the emphasis on teaching abstinence that often accompanies HIV/AIDS assistance: "Let local governments decide how to handle it, based on their culture," he said.

Cohen's tiger-lion comparisons inevitably invoke questions about the growing influence of China on the African continent. Chinese investment in Africa has more than tripled since 2000, passing the $30 billion mark in 2004, and Chinese-Kenyan trade alone has doubled in the last three years. He sees these developments as positive: "China could do a lot for Africa. China is hungry for resources. â-oe Whatever Africa has to offer, they need it."

Cohen has continued to work in African affairs as president of Cohen and Woods International, a strategic planning firm that represents African governments and multinational corporations. He remains optimistic about the continent, despite "the disappointments of Zimbabwe and Côte d'Ivoire."

Moreover, he continues to hold high hopes for the five lions: "Between now and 2015, if Africa can produce the equivalent of five Asian tigers, we can declare victory."

(The Washington File is a product of the Bureau of International Information Programs, U.S. Department of State. Web site: http://usinfo.state.gov)