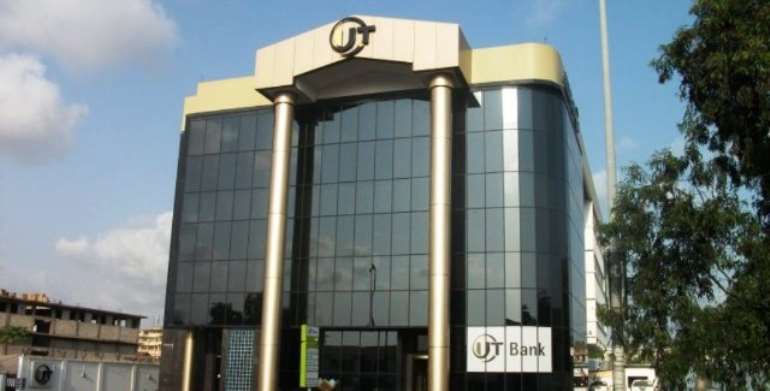 A former manager at UT bank was almost led to tears as he chronicled his experiences as an unemployed man since the bank’s fallout last year.

On the Super Morning Show Friday, Edem Adimado, husband and father of two, said that his reputation in the financial industry has been damaged due to his affiliation with the bank.

“I can tell you for a fact that I have been to some interviews and they ask, ‘Why didn’t you do anything to save the bank?’”

Here’s how Adimado explains it: In the months leading up to the collapse, “everything was fine.” He said employees knew that there were plans in the pipeline to raise funds to meet the 400 million cedis minimum capital requirement, and staff appeared comfortable about the bank’s ability to meet the new standard required by the Bank of Ghana.

Then he recalled receiving information after the bank was taken over by the state-owned GCB Bank, that an independent assessor would come to the institution to evaluate the skills of each individual.

“How that was done, I don’t know, because no one ever came to me to assess my skills.”

Shortly after, he said, several employees were asked to go to HR where they received a letter stating, “thank you but your services here are no longer required.”

He was laid off not long after. It’s a day he remembers “vividly.”

“I arrived at work to find the police was there. And that’s when I was told. It was a bombshell,” he exclaimed. “We were aware that [the bank] was fraught with difficulties, but when it happened we were shocked.”

Initially, he thought it would be easy to jump back in the market. With a master’s degree on hand and a set of other skills, he knew he wouldn’t be unemployed for long, but “because I come from a collapsed bank it has been hard.”

He’s had to resort to picking up passengers as an Uber driver to make ends meet as a father and a husband. Mounting school fees, hospital bills and rent payments have become increasingly difficult with each passing month.

“It’s depressing. I wouldn’t wish this on anyone,” he said, adding that “I have survived by the proverbial magic of the Ghanaian, where you pray and hope you can make it through the day.”

Though difficult, he maintains that he’s not down on luck, “because truth be told you cannot sit at home and expect money to fall out of heaven.”

Before he was let go, he said that the bank made arrangements to pay the axed employees severance pay.

“Up until now, none of that money has been received.”

He is pleading with the Bank of Ghana and the Finance Ministry to consider a monetary arrangement for the hundreds who have suffered since the collapse of seven banks since last year.

“If you can just look down to the staff of these collapsed banks, it can ease a lot of stress we are going through. We are not less than anyone else.”

Background
Last year, UT bank and Capital Bank rattled the banking sector when the Bank of Ghana (BoG) took over its assets and revoked its licenses.

Both banks were "unable to develop an acceptable plan,” for their revival. Reports showed that the banks could not meet the capital required to address insolvency fears.

There were “repeated agreements between the Bank of Ghana and UT Bank and Capital Bank [another collapsed bank] to implement an action plan to address these significant shortfalls,” but the bank’s chief executives could not meet the new standards.

The banks have been defunct since.

I won’t bow to pressure to make Parliament a ‘rubber stamp o...
23 minutes ago