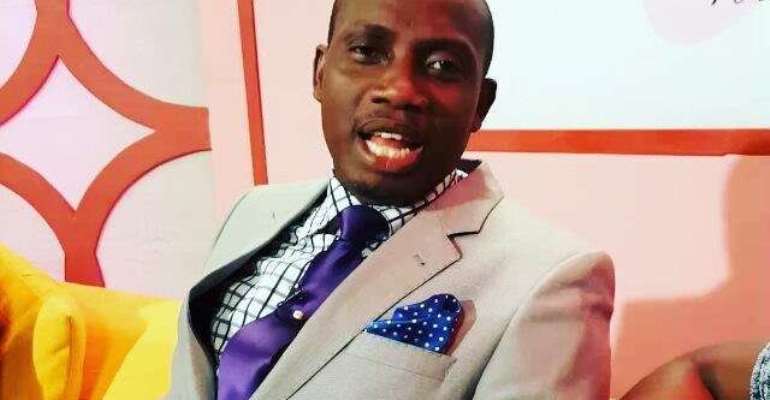 I recently read an article entitled, “7 TIMES COUNSELOR LUTTERODT PROVED HE NEEDS PSYCHIATRIC ASSESSMENT”. According to the author, some of the statements made by the renowned counsellor over the years are weird and for that matter he is going bananas. I did not get very far before wanting to scream my opinion on the face of the writer.

The writer proclaims, “In this article, we look at seven crucial times the outspoken counsellor proved he actually needs a psychiatric or psychological evaluation.”

My Response is No
One thing we all have in common is the tendency to have opinions. Like they say opinions are like noses. Everybody has one. And the fact that you do not share ones opinion does not make that person wrong or crazy. One of the statements made by Counsellor Lutterodt that the writer said he finds very strange and has no head and tail is: “DON’T MARRY BECAUSE OF LOVE, MARRY BECAUSE OF FEELINGS. My question is where lies the weirdness or strangeness of this statement?

In our modern society, those who don’t marry for love are considered as unlucky, suspect, manipulative, exploitative and bad. We feel that they are either doing something wrong or there is something wrong with them. It makes us feel everything from sympathy to contempt for these folks because most of us were taught that love is the only “right” reason to tie the knot.

But if we really think about it, love is a luxury. If you marry for love, it generally means you have all – or at least most of your other needs met (like food, shelter, warmth etc.) That explain why those with fever financial resources also have fewer marriage rates. If you are worried about your survival or safety, you are not going to be focusing on finding the man or woman of your dreams – unless of course this dream person is your ticket out of your terrible home life, dreary financial picture or scary ‘singledom’.

Procreation has always been a factor in why people married, but up until about two decades ago, people married more for political or financial gain other than for love. The Victorian era and the Industrial Revolution created two important changes in how people lived:

Romance became all the rage and technological advances made life much easier.

Prior to these developments, divorce was incredibly rare but when love entered the picture as the reason to marry, dissolutions became more commonplace.

Experts like Andrew Cherlin (Marriage – Go Round) and Stephanie Coontz (Marry – A History) tell us, “In our attempt to make marriage stronger by raising the bar to meet our higher love and romance needs, we have seriously weakened the institution of marriage. When love wanes, the marriage gets shaky, when the romance stops, the nuptials die.

People whose primary reason to marry is other than love – such as to have children with someone they believe would be a good co-parent , to financial security, or for companionship generally have longer and perhaps better marriages because their choices are made for a defined purpose. Additionally, their expectations of marriage and their mate are less unrealistic. Their spouse wasn’t expected to be “The One”. They merely needed to be Mr or Mrs Good Enough.

Love is far from all we need in marriage. We need mutual respect, shared goals and compatibility way more than we need love to have a sustainable, lasting relationship. People “fall in love with love” because they think it will carry them the distance. Human love is a changeable emotion.

My fellow writer, your assumption that counsellor Lutterodt needs psychiatric assessment is vague. Personally, I believe that the comments he made are right and true. Trust me if you take his advice you will live longer and enjoy life as well.