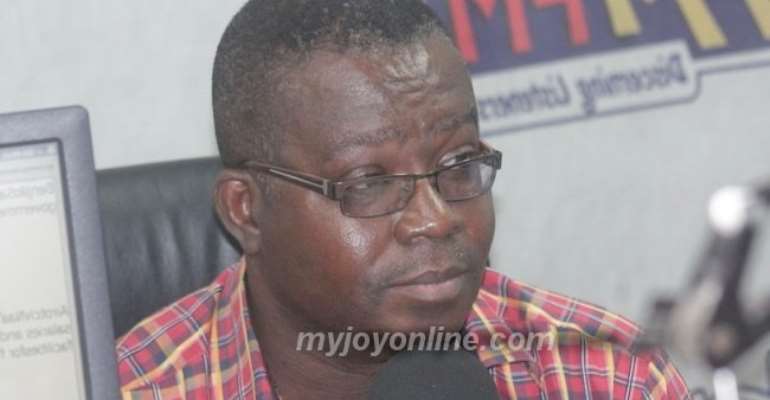 The National Association of Graduate Teachers (NAGRAT) has joined the Ghana National Education Campaign Coalition (GNECC) to call for the suspension of the double-track system for Senior High Schools.

The association of graduate teachers wants government to engage enough stakeholders before going ahead with the implementation of the new system.

“If it is rolled out anyway without our inputs and our advice, when there are consequences no one should hold us responsible. The way forward is for government to suspend the programme and do a wider consultation of stakeholders,” Angel Carbonu, President of NAGRAT, said in a communiqué issued after a National Executive Meeting.

NAGRAT is urging the government to consult religious bodies, community leaders, other teacher unions and political party representatives before the double-track system is rolled out.

NAGRAT also wants heads of Senior High Schools who form the Conference of Heads of Assisted Secondary School (CHASS), to state their position on the proposed double-track system.

The teachers say they find it surprising that school administrators have remained silent on the policy.

“But for CHASS members to be quiet on such a critical and important policy is absolutely disappointing. We expected CHASS to come out and raise issues, regardless of whatever victimization some of them envisage,” he said.

At a press conference in Accra on Tuesday, Executive Council Chair of the GNECC, Bright Appiah, the coalition said the fact that a similar system worked in the United States, Japan and Germany, were are advanced countries does not guarantee the success of the policy in Ghana.

The Coalition, made up of 360 institutions, has proposed to the government to pilot the system for at least a year before rolling it out nationwide.

“No country has ever implemented a free SHS policy where 70 per cent of students were boarders. In fact, the best practice worldwide is the day school approach to free secondary education. A 70 per cent day and 30 per cent boarding system will reduce the cost of financing secondary education by at least 50 per cent while reducing the pressure on existing infrastructure,” the Coalition said.

The system
The double year-round system divides the entire student body and staff into two different tracks. So while one track is in school, the other is on vacation.

Left out
NAGRAT claims consultations did not include them although it is a key partner in Ghana’s education system, especially so when its members will be handling the free SHS students.

A senior research fellow at the University of Education, Winneba, Dr. Daniel Yielpieri, has said the disadvantages associated with the double-track system outweigh the advantages.

According to the Educationist, the double-track system could cause social crises.

Government has received a backlash from major education stakeholders since it announced plans to implement the system.