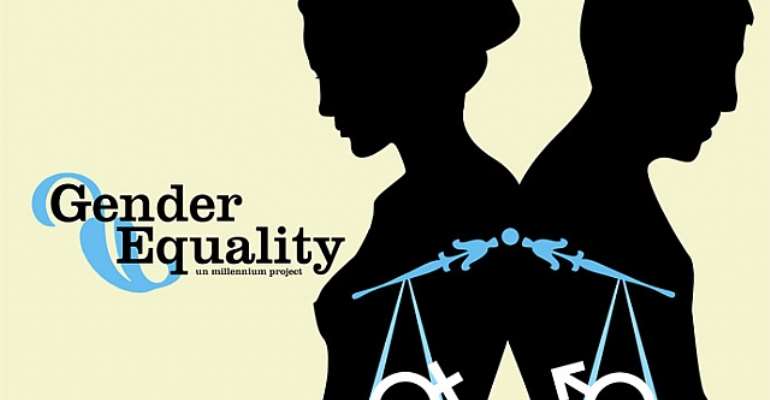 I expressed aghast and utter disappointment at the authorities of Kwame Nkrumah University of Science and Technology (KNUST) when they decided to send females to the two all-male halls of the school.

From what I garnered so far, the reasons given for the conversion of the hall to accommodate females were mainly to cater for the increasing surge of female students and their security.

They purport to be honouring the ideology of increasing the number of females in the STEM fields via the moniker 'affirmative action'. At face value, this may seem plausible, but upon careful scrutiny, the line of reasoning exposes this as a farce and relegates the intent as diabolical and ulterior.

They claim to be championing the case for gender equality. That is fine, save the means, is sinister. This is a 'robbing peter to pay Paul' bullying tactic implemented by the Vice chancellor and his cohorts…

I believe in the competency of the Vice Chancellor as a Professor, but I have the strong conviction he has not looked up into what it means to champion the course for gender equality.

Now let us break down the definition as we deal with this conundrum. Equal ease of access means every individual regardless of gender is provided the equal opportunity to decide and choose freely as they deem fit, without coercion and sexism. In instances where cut off points for the selection of programs are lowered for the consideration of a gender, the result achieved is not gender equality, but equal outcome.

Equal outcome does not promote gender equality but incompetency, favouritism and sexism. The cut off entry requirement should hold for all irrespective of their gender. This generates equal opportunity for all.

Lowering the bar for females at the expense of their male counterparts in the STEM fields ironically but disturbingly shows without reasonable doubt the girl child is not capable of earning her place rightfully as she is to be favoured in evading and outwitting the set standard. This is an insult to womanhood and a gangrene of inequality propagated.

Males and females are equal in the sense of value dignity and worth. We are all humans and created in the image of our creator and as such, we both need to be meted respect, treated equally and entitled to our unalienable human rights! Equality however does not mean sameness. Scientific research has discovered about 6000 genetic differences between males and females.

The male gender is characterised as adventurous, voracious, audacious and boisterous. These traits, if not controlled, could easily get out of hands and be calamitous. This does not in any way necessitate throwing the baby out with the bath water. The prons far outweigh the cons. We all know the hidden agenda behind this exercise is to eradicate rowdiness and hooliganism from the male halls.

I am not in any way condoning violent clashes as we have seen perpetrated by the two male halls in recent years. Consequentially, this does not mean we should make our males act like females. I do not think it would be a wise thing to deprive the male halls of their highly valued and cherished heritage just because a few people decided to drag the names of these halls in the mud. Find the culprits and deal with them as befitting. Weed out the eccentric students who try using the name of the hall to bring bad repute.

In that way, we are able to harness the male bravado into a harvest of positivism, rather than eliminating this fountain of biologically – wired wealth by forcing them behave in ways contrary to their instincts. I am of the strong opinion that making these male halls mixed contravenes the state of valuing different behaviours, aspirations and needs highlighted above as a building block of gender equality.

Males, like females, deserve equal accommodation and equal security. Male lives are in danger too. I think the panacea is to construct a plethora of hostels on campus large enough to accommodate more than half of the student's populace. Equal opportunity should never conflate with equal outcome. Scraping equal outcome would render the 50-50 mantra redundant and the Vice Chancellor knows it.

This is a daring challenge to him. Admitting females in the male dominated halls would not obviate this menace, but discriminate against the vast number of males and females who may have no access to accommodation on campus. We only replace males with females. We do not solve the problem but run in circles thereby, compounding it.