Open Letter To The Minister Of Health, Ghana About The Safety Of Patients 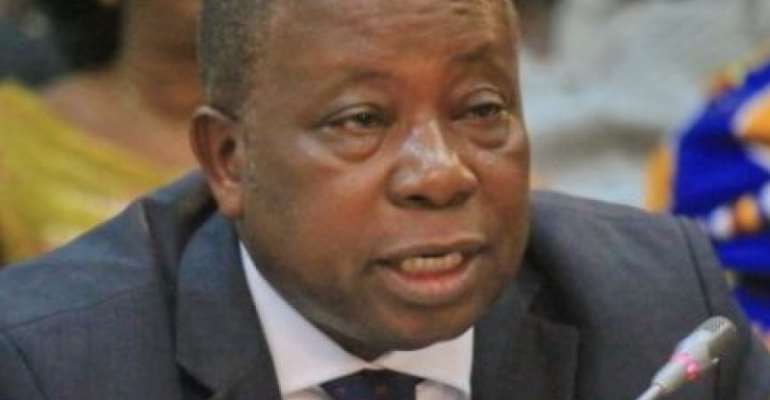 OPEN LETTER TO THE MINISTER OF HEALTH, GHANA ABOUT THE SAFETY OF PATIENTS

I write with much grief and sorrow as a concerned citizen and not a spectator about the rate at which some innocent patients are losing their lives in some health facilities nationwide through the negligence of some health practitioners (doctors).

I understand that health and healthcare are top priorities of everyone. The clinics/hospitals are the safe haven each sick person. It is the place where t we expect that anyone who is about to take the last breath can be assisted to come back to life. The Ghanaian hospitals/clinics still have some dedicated professionals who work with passion and try their ultimate best to serve their clients and save the lives of their patients but some are also now a place of no return due to the bad attitudes of some doctors and nurses (medical practitioners).

Honourable minister, I hope you are informed about the death of a little infant at the St. Gregory Hospital at Kasoa on Saturday 7th April 2018, where a doctor is alleged to have pulled the plug of the oxygen machine on which this innocent baby, the child you and I do not know what God has endowed in him was surviving on all because the parents could not afford the fee of GH⊄ 533.00 and as a result the child died. The Director General of Ghana Health service came and condemned the incident and told Ghanaians that his outfit has initiated an investigation into the case.

On Wednesday 4th July, 2018 at Suntreso Government Hospital in Kumasi, a pregnant woman and her unborn baby died and according to husband of the deceased, he lost his wife and unborn child because the lady was denied entry to the labour theatre because he could not afford the “Doctor Motivation Fee” of GH⊄ 500.00 charged at that moment. They left the woman in her emergency state unattended to until the husband and family members were able to organise the said amount, but the woman died later at the theatre because of the delay.

I am told the medical superintendent of the Suntreso Government Hospital, Dr. Agyarko Poku has come out to deny the allegation and said there is nothing like “Doctor Motivation Fee” at their facility but the lady and the unborn baby died because of inadequate theatre beds in the hospital. He said the deceased was delayed because at the time of her arrival a patient was in the theatre who was being attended to according to Kasapafm online report filed by Kwadwo Anim.

The president of the Ghana Medical Association has also said there is nothing like “Doctor Motivation Fee” in the medical profession. I am aware a committee has been formed to look into the issue so I will not jump the gun but I have a few questions. Did the deceased come to the hospital? Was she attended to and why did that person refused to refer her to a different medical facility knowing that their hospital has only one theatre bed and they could not attend to her immediately?

Mr. Honourable minister, what happens to doctors (medical practitioners) who negligently cause the death of patients through their actions and inactions? Are we safe to attend hospitals for treatment or complicate our situations? There are many victims out there; people are perishing through the hands of some unprofessional medical practitioners that have not come to the attention of the media. What has been the outcome of the Kasoa incidence? Ghanaians have the trust in you and I hope that you will not let this be swept under the carpet during your tenure as the health minister.

Finally, I will like to make this request from you honourable minister, as institutions like Ghana Police Service has publicised their means of reporting officers who misconduct themselves, please make same available to the public how to report doctors (medical) practitioners who maltreat their patients or misconduct themselves. This i believe will put them on check and also make the sanctions initiated against such officers public to serve as deterrent to others and boost the trust of the public as well.

#Justice for the late little Prosper

#Justice for the late Angela Afriyie Agyemang and her unborn baby

#Justice for all victims unnoticed

I still remain a CITIZEN and not a SPECTATOR.