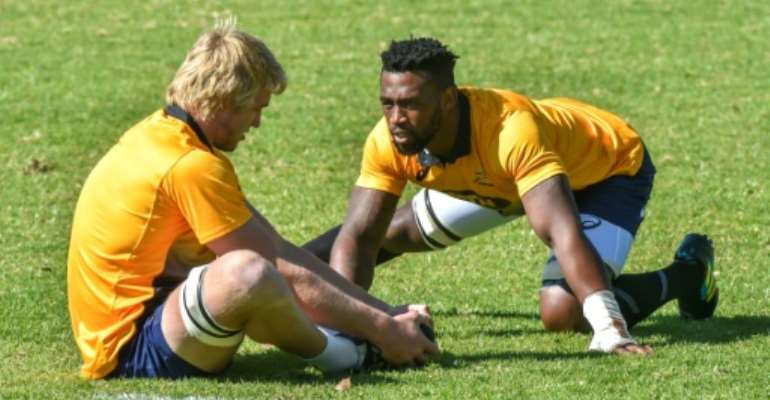 And his astonishing rise to the top will inspire millions of young aspiring players for years to come, rugby analysts say.

Born to teenage parents, Siya was the eldest of three children.

He was raised in Zwide township near Port Elizabeth by a grandmother who took odd jobs as a domestic worker wherever she could to provide for the family.

"My mom was too young to raise me," loose forward Kolisi told AFP ahead of his debut as captain this Saturday against England at Ellis Park in Johannesburg.

"I grew up in a very difficult (environment) -- not the worst but it was difficult for me going to school and everything." 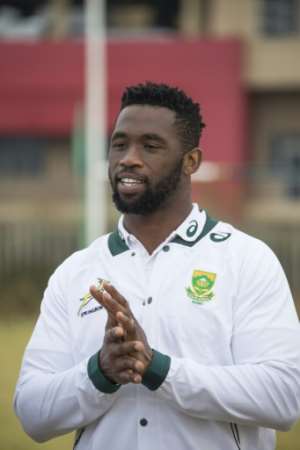 The cruel, jarring conditions of the township meant it was difficult for the little boy to even dream of making it as a provincial rugby player, let alone captaining the Springboks, a team traditionally dominated by white players.

"When you are in the township, you just don't dream like that."

Although financially poor, the household's love of rugby was abundant.

Since the age of eight, Kolisi had a firm understanding of the game thanks to his father Fezakele, who played centre for the local team.

Kolisi played rugby for his school with great passion, despite poor equipment and infrastructure.

"I see something in you." Those were the words of veteran coach Eric Songwiqi that catapulted Kolisi's career.

The coach recalls the moment vividly.

Songwiqi's school had just thrashed Kolisi's team 50-0, but the coach spotted the fire and raw talent of Siya and approached him.

"That, for me, was the biggest moment in my life."

Kolisi grabbed the opportunity with both hands and left his school in the middle of the year to participate in provincial trials.

"I'll never forget those trials because I was playing in silk boxers because I didn't have shorts."

At the age of 12, he made the B team and was spotted by Andrew Hayidakis, who enticed him with a full rugby scholarship to attend Grey High School.

"Coming from the township, not having a lot and coming to Grey, your dreams start becoming much bigger because you have everything you need to be whatever you want to be.

He later went on to play for the school first team, then rose to represent regional teams like the Eastern Province Kings.

In 2012 he made his debut for Cape Town-based Super Rugby side Western Stormers and was named captain last year.

The 26-year-old has worked hard to bring his big dreams to life, both on and off the field.

He married the love of his life Rachel Smith in 2016.

In the four years leading up to tying the knot, the couple adopted his two half-siblings and had a child of their own.

However, the mixed-race couple have had to deal with racial slurs and insults from the public on both sides of the divide in a country with a troubled racial past.

One critic on social media referred to Rachel as "a waste of good genes" because she married a black.

While South Africa has been a democratic, multi-racial society since 1994, racial tensions have spilt into the post-apartheid era and remain strong.

But no one was more thrilled when Siya was named captain than his wife.

"When I told my wifeâ€š she put the phone down on me. But she called me back and asked me to repeat what I was saying," Kolisi said.

"Obviously, it was before it was announced, but she was so happy that she wanted to tell people."

South African editor Pieter du Toit wrote: "He (Siya) will also represent generations of men who were denied the opportunity to don the old green jersey."

Kolisi will bring a sense of healing to a sport and nation scarred by racial inequality and social injustices.