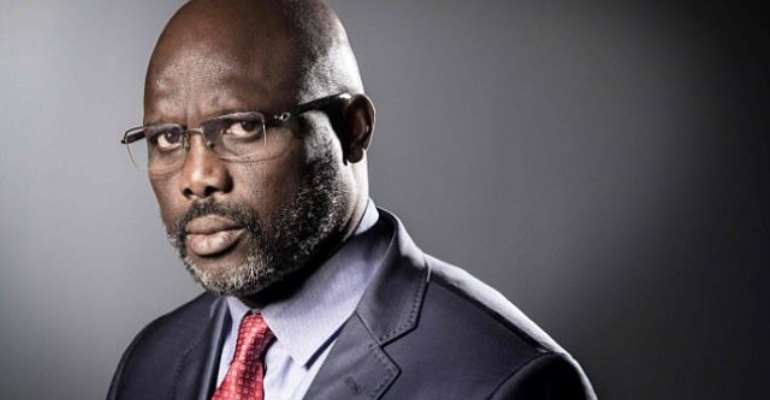 The presidential and legislative elections in Liberia are over and the time to govern is here and now. Liberia has a new president, former international soccer star George Manneh Weah, who replaced the retired president, Madam Ellen John Sirleaf.

Was former President Sirleaf perfect? Absolutely not. However, in as much as I had a fundamental policy and governance disagreements with former President Sirleaf, not everything she did was terrible. Obviously, she has had some admirable accomplishments, for example, the establishment of community colleges and “Service Delivery Centers” in most political subdivisions of Liberia.

Like most African nations, one of the serious issues or problems Liberia has always faced is having political leaders and politicians with no clear vision regarding the direction the country needs to take and follow. There have been only three presidents in the history of Liberia that would clearly say have expressed a clear ‘vision’. President William Richard Tolbert, Jr., President Samuel Kanyon Doe, Sr., and now President George Manneh Weah.

For his part, President Doe’s vision was “Green Revolution” and much more. President Doe sought to ensure that Liberia became a competitive and self-sufficient nation capable of feeding itself and managing its own destiny. Infrastructural development and social expansion became more progressive during his reign. Doe’s problem, however, was also due to the lack of having innovative advisors in his inner circle combined with unnecessary pressure from some of his tribesmen and a lot of dishonest political bedfellows whose only interest in being around the president was to politically and economically position themselves.

The country’s current president His Excellency George Manneh Weah’s vision is “Pro-Poor” agenda, that means putting poverty reduction and socio-economic progress at the heart of his leadership, his government’s mandate, policy formulation and programs’ implementation. It means he is seriously interested in examining and considering how his leadership and his government’s actions affect the livelihoods of the poor and how positive impacts can be enhanced nationwide. With such thinking and by so doing, Weah’s leadership seeks to assess the relevance of his decision as President and the actions and policies of his government to the overall national poverty agenda, and the factors that encourage or constrain economic participation of the poor in Liberia’s economic growth, development and prosperity. It also means that based on this broad vision, his appointees and the agencies of government in Liberia will now begin to outline strategies to promote and facilitate pro-poor governance where less than 5 percent of the country’s population will not be the only beneficiaries of the national wealth, rather everyone will one way or the other.

The point here is, a vision is not a policy that is written or carved in stones. According to the Business dictionary, a ‘vision’ is somehow an aspirational description of what a leader or an organization or a government would like to achieve or accomplish in the mid-term or long-term future. Therefore, most good organizations write ‘Vision Statements’ which are somehow a picture of what one would like his or her company or organization to be like in the future but there is also so much more than that because a vision or vision statement is a framework for strategic planning. When creating a vision statement, leaders, organizations, businesses, and government articulate their dreams and hopes for what needs to be done or archived.

President Weah has laid out a clear, ambitious and admirable vision for Liberia, his leadership and the kind of government he wants to lead. What is required now is how do his appointees in government translate this excellent vision into strategies, policies, programs, and actions that benefit Liberians and Liberia. The president has done his part by pointing to the direction he wants for the country. It is now up to those who sought and continue to seek a position in government and those in elected positions to carry out the president’s dream and hope for Liberia.

It means members of the national legislature and the judiciary should follow the president’s example of voluntary salary reduction. It means Liberian diplomats, especially ambassadors, should focus on investment and business diplomacy by ensuring that international investors and businesses relocate to Liberia to provide jobs and create wealth. It means those heading government’s agencies and related institutions ensure that transparency and accountability become the hallmark of their management. It means service providers––the police, immigration, customs officers, tax enforcement agents, firefighters, nurses, doctors and teachers perform their duties accordingly and, also, stop being corrupt in the discharge of their duties. It also means that our courts become the best they can, and our lawmakers pass laws in the interest of the country rather than in the interest of themselves or a few. Overall, it means that instead of being negative, pessimistic, cynical, sensational, condescending and wishing for failure and problems, every Liberian and Liberian institution do their part so that we have a better nation.

Some of the good leaders we have had in history had visions––a governance direction regarding politics, socioeconomics, etc.––but this does not mean that every leader that had a vision had a good vision. However, that is beside the point. The key here is what do we think is good about President Weah’s “pro-poor” agenda? One would agree that it’s everything. After all, ensuring that poverty is reduced or that poor people become a part of national progress by sharing in national benefits is a noble thing.

What is also admirable about President Weah’s “Pro-Poor” vision is that he cares as a person. It shows that he is thinking out of the box; that he has big ideas and a clear picture for a better Liberia. As I once stated before, Africa, Liberia included needs leaders with grandiose ideas. People that think big. One reason why our country (Liberia) suffers is that we have always had leaders and followers who think small or have small minds. To them, nothing is ever possible in Liberia.

Based on a vision of “Hope and Change”, former U.S. President Barack Obama ran for and entered the White House with the promise of becoming a transformational leader — someone who believes he could alter the fundamental direction of American politics in a more progressive way. Based on that vision of “Hope and Change”, Obama passed the Affordable Care Act, his signature healthcare reform overhaul which left America with its lowest rate of uninsured people in decades. He also poured tremendous political capital into helping craft the Paris agreement that the U.S. reached with more than 100 nations to limit global warming to 2 degrees Celsius; he helped push criminal justice and policing reforms that in effect were an attempt to wind down both the “War on Drugs” and aggressive policing tactics that disproportionately affected blacks and people of color in the United States; he sent an olive branch to the Muslim world and sought to enforce Dr. Martin Luther King’s dream and philosophy in the U.S. that people should not be “judged by the color of their skin but by the content of their character” among many other achievements.

None of the visions held by some of the great leaders we have had in history were written down as dossiers or carved in stones. So, why are some Liberians, instead of praying and working to become a part of the solution to changing Liberia for the better, are asking for a prescriptive analysis and documentary of what a “Pro-Poor” agenda means. By so doing, we miss the point and/or don’t have any good intent for change and a better Liberia, and here is why. We cannot have a prosperous, changed and secured Liberia if we allow politics, pettiness, undesirable and unwarranted criticisms to clout our daily lives as a nation and people. Sensationalizing everything, reporting and glorifying negative news helps no one, but hurts us all. Instead of investors and tourists coming to Liberia, they will prefer to go to countries that offer positive image for themselves.

What we should demand is not to continuously criticize but to seek a far-reaching actionable explanation about the President’s “Pro-Poor” vision. It means we should hold the feet of his appointees to the fire as to what they are doing to implement the President’s dream. How their policies, actions, and programs are fulfilling the President’s intent.

As Liberians, let us resolve today that in as much as we will have our differences and seek to uphold the values of our professions and personal beliefs, promoting the positive image of our country must be a priority.