This Nonsense TV License Fee Must Be Resisted Forcefully 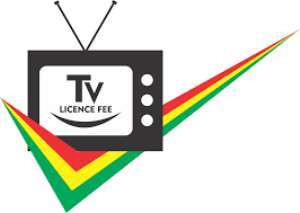 According to Lolly Daskal(2006), " Nobody likes being criticized. But how you handle it makes all the difference. If you lock up and become defensive, you're likely to waste a lot of time feeling bad--and repeating the same behavior that was a problem to begin with.

But if you can learn to take it in stride, with some genuine reflection on how you can use it as a basis for improvement, you can come to realize that criticism can actually be a gift."

The above should be a lesson to all public and political office holders who think they must defend everything even when the issue is staggeringly ugly to defend. The recent brouhaha surrounding the payment of TV license fees is a classical example where leaders think they alone can think right without any input from subjects.

For sometime now, the Ghana Broad Casting Corporation has been trying to impose this fee/mandatory levy on the ordinary Ghanaian. That has been the agenda of GBC for the past four years or so. GBC might think that it has now achieved its long dream of garnishing mountainous financial muscle through a sort of legal dictatorship or should I call it communist inferior tactics. All the explanation being given as justification for this tax appears to me as "nonsensical"

That approach of using the court to compel the ordinary citizen to pay this license fee without any understanding of the need to pay, is a lazy approach adopted by a lazy state institution that always wants to be spoonfed by the ordinary Ghanaian who is already burdened with almost daily increases in commodity price. In the advent of technological advancement, an important corporation like GBC should be able to find other pragmatic ways of standing the test of time.

If GBC is too lazy to compete with the many media houses that are springing up, the pocket of the ordinary Ghanaian cannot be a realistic salvation. There are many private media houses who do not have the benefit of enjoying government subventions or any form of largesse from central government but are doing extremely well. I can state without any modicum of doubt that the content of GTV for instance is always boring and unattractive. It does not break news, even very important events we consider national events are not always aired live. For these reasons and others, most people do not watch that channel. It is simply uncompetitive.

We are told that there are hundreds of workers in GBC yet its "glaring incompetence." If it is very difficult to break even, they should kindly reduce the number of workers there.

Any better management of the corporation would have been thinking of institutional restructuring as well as redefinition of content so as to stand competently in the competitive global environment. It amazes me that managers of the institution do not really appreciate their own impediments or is it the case that they are being clueless and pretentious?

The reality is that without any institutional reforms, no amount of unjustified imposition of tax/fee can salvage the situation GBC finds itself in. That is the bitter truth.

Also, the imposition of the license fee was not well thought. The explanation being given lacks coherence and consistency. As we speak, GBC is not able to explain to us whether we are paying for the content given to us or just for owning a television set. They are also unable to define what a TV is either than relying on some "outmoded" definition. We now watch television on our smart phones, computers, projectors etc.

The question of what is TV and who owns it remains unanswered yet we are being asked to pay without questions. That is very ridiculous. We won't pay!!!

Let the court sentence all of us because we won't pay without understanding the issues being raised. You can't democratise autocracy in a civilized fully democratic nation, a climate that has given you powers to operate within your mandate as a broadcasting corporation.

We are not unaware that GBC always allow itself to be used as a propaganda machine by government. This situation has always left them in debt but we are not also unaware of the many subventions it has been enjoying. If management is not firm only to allow political bootlicking to ruin the institution into insolvency, it is not the ordinary citizen that will resuscitate it. Let's have competent leadership that can be firm to act within the core mandate of GBC so that it is not used as a propaganda tool by ruling governments.

Until such steps are taken to redeem GBC to be competitive to stand the test of time, we can't pay that obnoxious fee!!

If you force us to pay this ridiculous fee in the face of a government who promised to remove such nuisance taxes, only posterity awaits us.