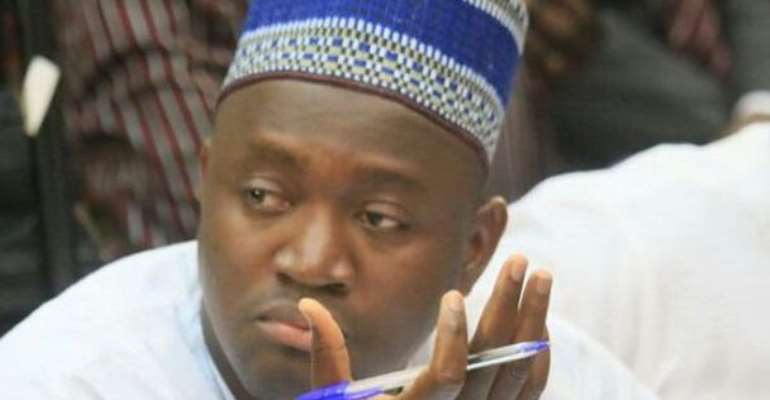 It has been said in political-speak that: “The voice of the people is the voice of God.” In our time and current political-speak, or parlance, the voice of the people is often equated with the ballot box; and when the ballot box pushes out a party in power, it is invariably because that political party, like the Mahama-led National Democratic Congress (NDC), would have crossed that stone-cast divide between service in humility and overweening pride and arrogance. Of course, it could also be sheer incompetence or both. It is never about Divine Providence’s ousting of a creditably performing government in order to let the people endure bad or worse governance, so as to enable the voters to appreciate the goodness of the party they wisely rejected or ousted.

I sincerely don’t know what Muslims like Alhaji Alhassan Sayibu Suhuyini think of Ghana’s Christian-majority God, but we are rather sad and disappointed to hear the Tamale-North NDC-MP so brazenly imply that Allah, or the Muslim-God, is a mischievous and cold-calculating sadist who prefers to see his children and followers suffer for no apparently logical reason than the fact that He takes special pleasure in the same. In German, this satanic concept of Allah would be called Schadenfreude (See “God Took NDC into Opposition for Ghanaians to Appreciate Its Good Works – Suhuyini” MyNewsGh.com / Ghanaweb.com 12/30/17).

You see, for me, personally, the moment that then-President John Dramani Mahama publicly stated that no Ghanaian citizen, other than former Presidents Jerry John Rawlings and John Agyekum-Kufuor, no other Ghanaian citizen had a right to criticize his abjectly poor job performance, was when I decided that the proverbial die was cast; and that it was just a simple matter of waiting patiently for December 7, 2016, to throw this snooty and arrogant bastard out of the Flagstaff House. Now, I call him an SOB, or a plain bastard, like most of the NDC hoodlum pack of leadership, without any apologies, whatsoever, because in cavalierly presuming to be more important and morally superior to the very people who had made him the most powerful politician in the land, the then-President Mahama deserved absolutely no respect or sympathy from any other Ghanaian citizen, other than his own wife and family.

I also don’t know whether the Tamale-North’s NDC-MP considers this unusual streak of arrogance of the former leader of his party and former Commander-in-Chief of the Ghana Armed Forces to be one of the “mistakes” he wants his party’s leaders to correct but, for me, personally, it was a clear signal that Mr. Mahama had conclusively and definitively been rejected by God/Allah. And so I could barely contain my amusement when the election return tallies started trickling in, with the then-Candidate Akufo-Addo taking a decisive lead and yet the cynical likes of NDC General-Secretary Johnson Asiedu-Nketia kept lying to the supporters and sympathizers of his party that the NDC was still within striking distance of clinching victory at all costs.

Now, I don’t know that resoundingly endorsing the brutal mauling of journalists by presidential staffers like Mr. Stanislav X. Dogbe, with the staunch backing of cabinet ministers like Dr. Edward Omane-Boamah, is one of the good works of President Mahama that Mr. Suhuyini would have Ghanaians thankfully appreciate about the Mahama/Amissah-Arthur presidency. Or it is the deliberate disregard and endangerment of the lives of the members of the Flagstaff House’s press corps, which resulted in the unnecessary death of Ghanaian Times’ reporter Mr. Samuel Nuamah, a sterling governance achievement that we ought to be celebrating. Or maybe, it is the obscene and scandalous distribution of sanitary pads, or tampons, to teenage schoolgirls, instead of the comprehensive provision of a fee-free Senior High School system, that Ghanaians ought to be celebrating. Or is it AMERI-Deal?

You see, as a bona fide Ghanaian citizen, by birth, I have a good dosage of tolerance for official abuse and an insult or two one awhile; but not when the abuser and the insulter would have me applaud him for the same. Maybe that is the culture of the people of the Tamale-North Constituency whom Mr. Suhuyini represents. Well, down here in the Holy Kabongaland of Akyem-Abuakwa-South, our culture does not tolerate such rankly abusive behavior. Alhaji Sayibu Suhuyini may want to compare notes with Mr. Samuel Atta-Akyea, who also happens to be my paternal cousin, if he harbors any doubts.