A Positive Revolution Will Save Africa 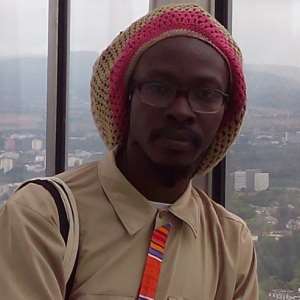 Professor De-Velera Botway, a Senior Lecture at the Department of History at the University of Cape Coast (UCC), has called on the youth to embark on a positive revolution to save the continent from its persistent socio-economic and political crisis.

They must seek greater accountability, transparency and real dedication and commitments from leadership to reverse the rising economic hardships, despondency and hopelessness among the masses.

He explained that it was only through a positive revolutionary spirit of action that could transform the continent and save its 1.216 billion people from poverty enslavement, pervasive corruption, unemployment and other challenges militating it development.

The solidarity procession organized nationwide was to solidarise with migrants in the world and particularly those in Libya for the horrific treatment that was being meted out to them.

He described the acts as "sickening" and contrary to all fundamental values of human dignity and therefore joined the masses of the people across the globe who were talking and marching for swift action to be taken to end the barbaric sale of human beings in Libya.

Prof Botway called on the African Union (AU) and the United Nations (UN) to intervene, adding that "slavery and the trading of human parts were very serious and unequivocally crimes against humanity."

"The African Union (AU) must invoke its protocols and charters that protected the fundamental human rights and dignity."

He said the AU has enacted many charters, protocols, principles and treaties such as Article 5 of the AU Charter on Human and people's rights.

In that vein, he said it was time for Africa to begin its long journey to industrialise its economies to create employment for the unemployed youth to drastically reduce the penchant of the youth who often embarked on these dangerous and fruitless journeys in search non-existing greener pastures.

In addition to that, they should end lamentations of problems by making conscious efforts to add value to exportable raw materials to expand the various economies to create wealth and transform lives.

He charged African leaders to exhibit the traits of leadership including selflessness, innovation, trust worthiness, consistency, honesty, integrity and willingness to make sacrifices for the good of the governed.

Mr Rabbi Kohaian Nathanyah Halevi, Executive Secretary of the Pan African Historical Theatre Festival (PANAFEST) called on leadership to work hard to better the lot of the citizenry to prevent the inhumane treatments meted out to fellow Africans by Africans.

He said it was sad that young people would prefer to flee to the unknown only to become victims of slavery of which their own people were complicit.