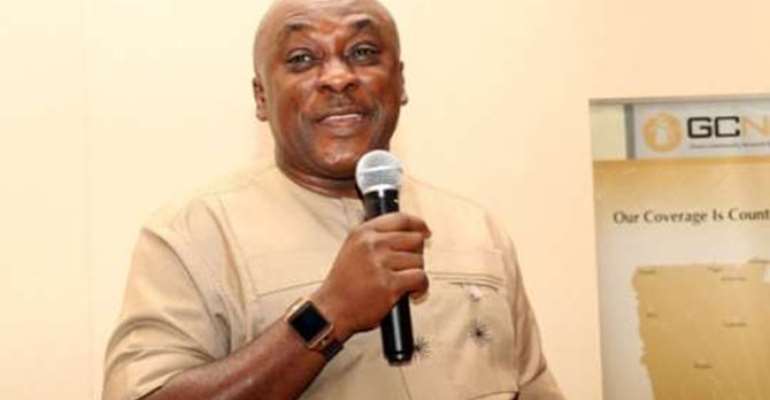 The Honourable Carlos Kingsley Ahenkorah, MP for Tema West and Deputy Minister for Trade and Industry first hit the headlines when he defeated the incumbent MP, Naa Torshie at the primaries.

Word went round that the defeated MP was so embittered that she refused to cooperate with the new NPP Candidate. The rumor mill had it that Carlos Ahenkorah went full length at every opportunity in the open to plead with her to support him. Eventually, highly embarrassed by the relentless pressure, the MP capitulated and threw her support behind Carlos.

I first saw Carlos Ahenkorah at the Greater Accra NPP Regional Rally held at Tema Community One – Naa Torshie was there and she spoke at the rally.

Carlos subsequently went ahead and true to prediction won the seat previously held by Lawyer Abraham Aidoo and later Naa Torshie, all for the NPP. Tema West is a safe seat for NPP.

All of a sudden news came on the air waves that the Honourable MP for Tema West in a 'Rabon Zollo' style has physically prevented officers from Tema Metropolitan Assembly sent to demolish some unauthorized structures at Cocoa Village, Community 2, Tema.

A few days later, the Tema Metropolitan Assembly converged at an Emergency Meeting and the General Assembly voted successfully by 25 for and 9 against to SUSPEND the MP from the TMA for a period of six months.

From all indications, the battle is joined: Tema MP versus TMA – Sayooo!!! Reader, it is terrible.

The problem of Carlos Ahenkorah is the problem of every MP. I faced the same problem when I was MP for Berekum – and the root cause of the problem is that who is Number One in the community – the MP or the DCE?

Put yourself in the shoes of the MP. Imagine the huge amount of monies he spent – first on primaries, then the general elections, rallies, and then on the voting day – in a highly cosmopolitan urban center like Tema, very populous constituency, Carlos must have spent not less than one billion old cedis.

Imagine all those who acted as his cheerleaders, those vanguards, in the frontline, goro boys at the Harbour, traders at the market, those hawkers – petty middle class businessmen – then all of a sudden, you, MCE, from literally NOWHERE comes to say we are DEMOLISHING your kiosks!!!! Which concerned serious MP will tolerate that? What will happen next time around when you come for their votes?

But the painful REALITY which every MP including Carlos Ahenkorah KNOWS is that the law as it is today, you, the MP – you are literally POWERLESS when it comes to decision making at the Assembly.

According to the Local Government Act, an MP is a non-voting member of the District Assembly.

I remember when I was MP for Berekum, in my enthusiasm; I attended the first meeting of the District Assembly, and gave a ringing speech, laden with several suggestions to improve operations in the District. When I finished, during recess, one of the Assembly Members told me “Captain, your ideas are very good, but we don't have money to implement them! That ended the ideas.

I painfully realized that if you are MP, you are, to be brutally frank, IRRELEVANT to the Assembly's operations, and especially where the DCE is nursing a secret ambition to replace you, then you are doomed.

Framers of the Constitution introduced something called Common Fund, and a percentage share of the common fund for the MP to disburse, but MP you do not sign cheques, so you can direct that I give 100 bags of cement to village A Primary School – the DCE can frustrate you by saying there is no money in the account!!!!

By contrast, the DCE or MCE, once in power, is a most influential person – the capo of the Assembly, the chairman of the Executive Committee, chairman of the Tender Board – he can get his ideas across, responsible only to the President who appointed him.

One day in Parliament, I asked Ofosu Ampofo, now NDC top guru that being DCE and being an MP, which is better?

Without hesitation he replied instantly: DCE!!!
I am sure he said so because unknown to the broad majority of the people, if you are elected as MP, you are supposed to be in Accra to attend the sittings of Parliament.  Reader, I can assure you, if you want to be a good MP, honest and devoted, you will have to attend every sitting of House, attend every Committee meeting and what time will you have for your Constituency?  By contrast, behind you, back at home sits the DCE – monarch of all he surveys, controlling a budget, running around in a convoy, living in the Residency, literally the “President” of the District.

The people voted for the MP, but he is in Accra, making “abstract” laws for Ghana, but as regards roads, markets, sanitation – the person to provide those amenities, the DCE was not elected by the people, so they vent their spleen on the MP.  On the ground, it is the DCE and the Assembly, not the MP who calls the shots.  Listening to the case of the Tema Assembly, you really cannot blame them. Those squatters living in unauthorized structures have been given warnings upon warnings to leave without success. So, the Assembly needed to use some force.

But what is suspension, anyway?   A non-voting member being suspended? It is no headache at all.

What is the way out?
Only one way-ELECT every DCE by popular ballot.  That is all. Let every DCE be directly elected by Universal adult suffrage, so that if the DCE, elected by the people decides that market women should be moved from point A to point B he will weigh the consequences of his decision on the next ballot time.

For now, we can only sympathize with   Honourable Carlos Ahenkorah – my brother, don't worry. Be cool. You are not alone in this quadrangle. Life is like that.