Stereotypical Headlines About The North 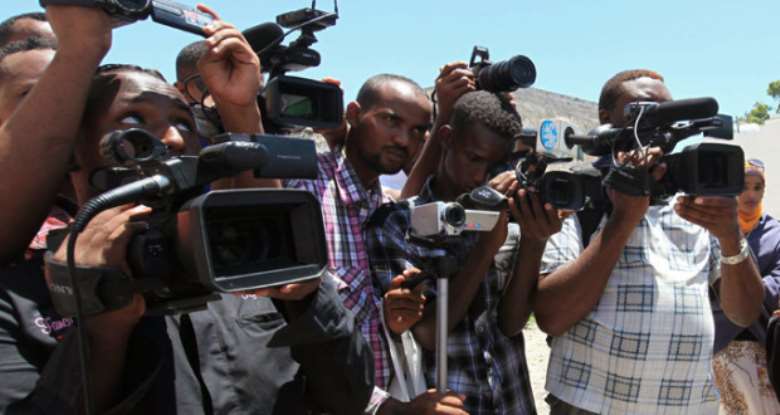 If there is a violence outbreak in Accra, the media would probably capture it as

"Chieftaincy clashes in Nungua".
If there is a similar case in Tamale, the media would probably capture it as

"Chieftaincy clashes in the North".
Seriously, I don't know if it is conscious stupidity or wanton ignorance or both of the couple of the two cases.

In this age, journalists in Ghana still lump up Northern, Upper East and Upper West Region as one and this is pathetically shown in the way news headlines are titled.

The recent news headlines that sort to create the impression that Dagombas and Konkombas are killing each other at Agbogbloshie is gravely unethical. How can a group of lawless bunch be ascribed to a whole reputable two ethnic groups? Is this the first time such clashes has happened in that jurisdiction? Clashes in Agbogbloshie is a perennial problem. And the greatest motivation for such clashes has always been "survival of the fittest". It would be highly irresponsible to consider the ethnicity of two or more people in petty squabbles in stranger's land and relate it to a whole sane groupings elsewhere. Seriously, such provocatively sensational headlines has the proclivity of germinating ethnic conflicts and unrest.

The media must watch it!
Not quite long ago, relative to the Bimbilla's chieftaincy unrest, a news headline went nearly like "Northerners fight over a piece of meat". Apart from the stereotyping, the headlines are often very demeaning.

The whole world was made to believe that 1994 Nanumba-Konkomba war began with disagreement over a guinea fowl. Kaman how? That was the way the media reported it. But certainly, there was a bigger reason.

The media has a fundamental responsibility to inform accurately. When the information provided by the media is prejudiced and jaundiced, then the cankers and problems of the society can't be properly handled. Because, we might end up trying to apply a bandage solution to a deep cut.

For instance, how do one settle a problem of adults fighting over a piece of meat? Grievous issues must be reported without sensational trivialities and marketing gimmickry. People must be living in peace to have the peace of mind to buy news. So, news sellers must avoid cutting the tree branch they are sitting on.

Undoubtedly, bad news sell but it must have to be reported accurately even though we are in era where man's pursuit of profits overweighs humanity.

Our local media must not seem to be taking after the footprints of the international media bullies that set the pace for the African stories. Portraying Africa as one big mishappened continent of hunger, poverty, dis-ease, conflicts and baby making. We ought to do good to ourselves first before we can demand for it from others.

Recently, NPP's Delta Forces, a bunch of unlettered and outlawed hoodlums and miscreants were described to be a constitution of "Muslims and Ashantis" by the media. Then, I tried to ascertain if there is mutual exclusivity (as in probability) so far as "Muslim" and "Ashanti" are concerned.

It is about we disengaged crime with ideologies. The law does not prescribe different punishment for a "Muslim rapist" or "Christian rapist". So, sometimes the needless descriptive wordiness and grammar ought to be eschewed. If there is the need for certain detail profiling in news reportage, it has to be done ethically rather than the synecdochical approach of using a part to represent a whole.

May be journalism schools ought to consider Basic Geography seriously in the course content.

Hello, Tamale, the Northern Region, the Upper East and Upper West Region is not one big compound house of a nuclear family. We may be a unit but we are large and diverse.

Thank you.
The writer is a senior registered general nurse at Tamale West Hospital. He is also a conscientious feminist.