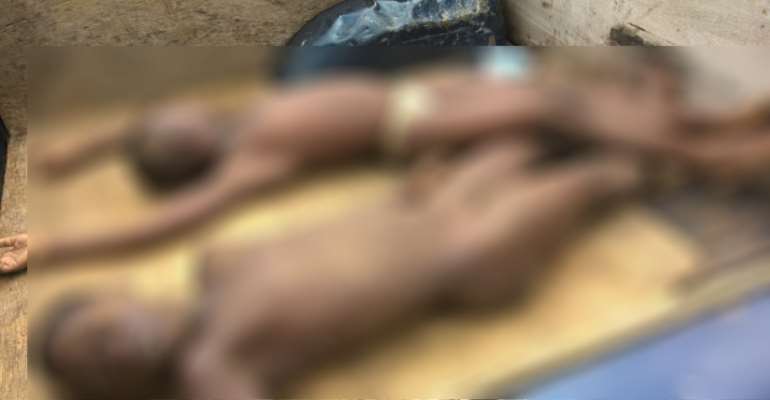 A USUAL afternoon swimming in a stream near Kings College on the Airport Roundabout/Buokrom road turned tragic as two children got drowned Saturday morning.

The deceased persons were identified as Fredaus Razak (a female) and Terry Ofosu (male) – both aged eleven.

The two kids were said to have disappeared after they had dived into the stream in that fateful sunny morning.

Reports indicated that the kids resided at Moshie Zongo in Kumasi and they often visited the stream to swim on weekends.

A certain man said he saw them swimming happily together, but they instantly disappeared.

According to him, he sensed danger so he blew the alarm after he realized that the two kids could not be found.

Another young man, who is an expert in swimming, then dived into the stream and rescued the two children.

But it was too late as they had already given up the ghost before their bodies were discovered.

Another witness said he saw the two swimming in the stream and he ordered them to leave the place.

He said that after giving the order, he left the place, and to his dismay, a few minutes later, he had information that the kids had drowned.

The lifeless bodies were taken to the Airport police station before being conveyed to the morgue.