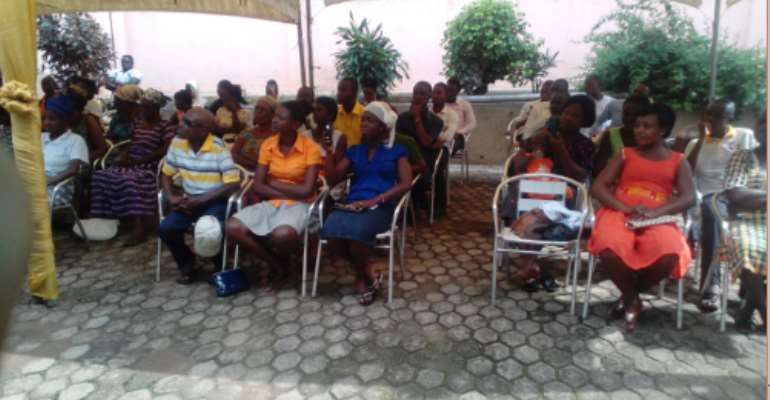 In its bid to deepen accountability and transparency, the Obuasi Municipal Assembly on Tuesday, 13th September, 2016, held a short ceremony to disburse the Disability Fund from the Assembly’s share of the District Assembly Common Fund to deserving beneficiaries

Speaking at the event, the Municipal Chief Executive for Obuasi, Honorable Richard Ofori Agyeman Boadi encouraged people living with any form of disability not to look down upon themselves. He stressed that disability is not inability hence they should work hard to develop their potentials to the fullest.

The MCE appealed to them especially parents of disable children not to shirk their responsibilities of educating their wards. He pledged the Assembly’s support through granting of scholarship to disables who desire to purse formal education.

After listening to Complaints from the members of the various disability groups, Hon. Richard Ofori Agyeman Boadi assured them that Assembly will take steps to address their grievances which ranged from discrimination against them at lorry stations to inability to finance their wards education.

He did not minced words in reiterating the fact that he will impress upon Officers in charge of the Disability Fund to address all problems involved in its disbursement.

Members of the various disability groups, Municipal Social Welfare Officer and the Media were all present to witness the ceremony.