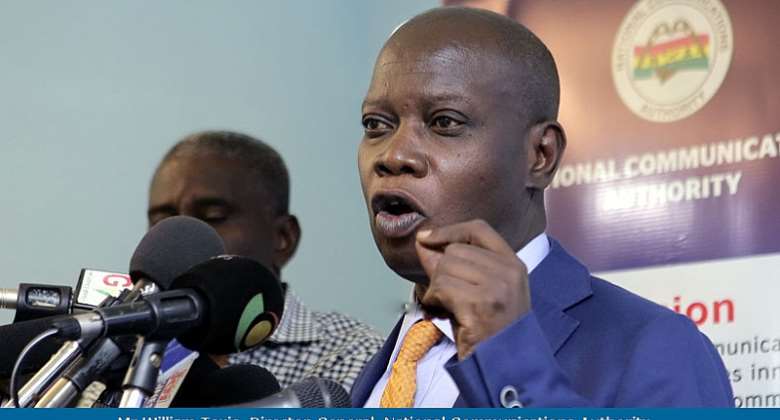 The National Communications Authority (NCA) is developing a Regulatory Framework for the operation of a new internet technology called Television White Spaces (TVWS).

The technology is expected to serve scarcely populated areas and connect to home or work from another remote area through a broadband signal that is capable of handling multiple devices as well as reporting large amounts of data across long distances.

According to Mr William Tevie, Director-General, NCA, who made these known at the opening of a Public Consultation Workshop on TVWS Spectrum Usage Regulatory Framework in Accra, yesterday, with the emergence of TVWS, the inability to serve scarcely-populated areas with internet connectivity would become a thing of the past.

Mr Tevie noted that as a result of environmental obstacles, distance from major Internet Service Providers (ISPs) and the lack of financial incentives, internet connectivity was scarce in some areas with low population density.

The situation, he said, had resulted in expensive and complex networks with a lack of options for those living in the underserved communities.

He said White Space broadband could travel up to ten kilometers, through vegetation, buildings and other obstacles and that, tablets, phones and computers could all access wireless internet through fixed or portable power stations, adding that TVWS would encourage the creation of smart cities with inter-connected devices at home, schools, shopping centres, municipal areas and many more other places.

He disclosed that in 2013, NCA
collaborated with Google and other institutions to carry out TVWS trials in Labadi and East Legon and that the results of the pilot initiatives had helped to determine the capabilities of TVWS in reaching areas far beyond the reach of Wi-Fi.

Mr Tevie said the trials had also shown that TVWS could also be used as an extension of fixed-line broadband to reach places not connected via cable without resorting to line of sight technology such as satellite or microwave.

He said as a Regulator, NCA had come to the realization that there was a broad social value for effective wireless communication.

He said the vision of NCA was to improve the communications experience of Ghanaian consumers who were growing more and more dependent on the internet as a means of communication and as a link to other resources for everyday life.

Mr Tevie said the aim of the workshop was, therefore, to interact with stakeholders on the components of the proposed Framework that would regulate the operation of TVWS and urged all stakeholders to support NCA to ensure that TVWS served the consumer and the general public as effectively as possible.

About 70 participants attended the workshop which was expected to produce a final Regulatory Framework for the deployment of TVWS technology in Ghana.