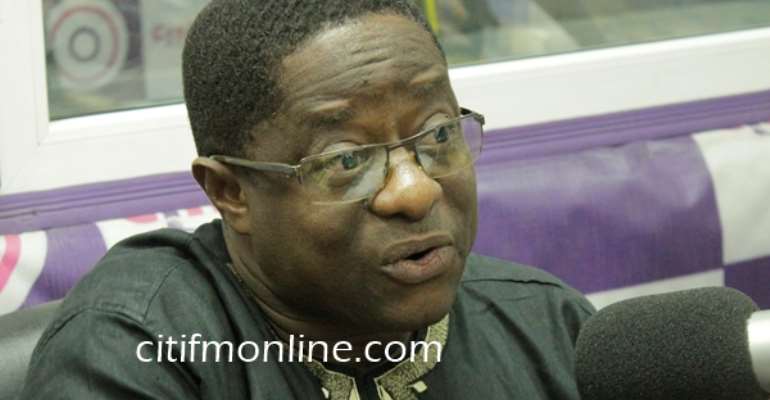 The status of the opposition New Patriotic Party’s (NPP) parliamentary nominee for the Krachi West Constituency in the Volta Region, Kenneth Gyemah, is being disputed following reports that he has been relieved of his nominee status.

Mr. Gyemah was informed via a supposed letter from NPP regional executives that he had been relieved of his position because he allegedly abandoned his duties in the constituency since the party's primary in 2014. He is reported to have visited the constituency twice in that period.

A Deputy Volta Regional Director of Communications for the NPP, Enoch Amegbletor, spoke on Eyewitness News saying the NPP in the region took that decision because it would not “tolerate such laziness because” as they have their eyes set on winning that seat.

Mr. Amegbletor also suggested that the removal of Mr. Gyemah had the backing of “constituency stakeholders, polling station executives, party sympathizers, patrons, and elders” who have “glorified the bold decision coming from the party's hierarchy.”

He explained that people in the constituency were not happy with non-visibility of their nominee lamenting that, “You have been elected by people to lead them but they don't see you. Even at funerals you are missing, at outdoorings you are missing. The just ended limited registration exercise, you were nowhere to be found.”

Removal not unconstitutional
Concerns have been raised that the reported removal of Mr. Gyemah is unconstitutional, but Mr. Amegbletor insisted that as long as the nominee had not been confirmed as the NPP candidate for the constituency by the Electoral Commission (EC), the removal could be effective.

According to him, “There has not been any filing. Nobody has filed to the EC. The EC has not received any nomination in respect of Krachi West… He has not been filed by the party and through the process, by the Electoral Commission, so it is neither here nor there,” he stated.

Removal sanctioned by NEC?
He also contended that the decision to remove Mr. Gyemah was taken by the National Executive Committee of the NPP.

“The National Executive Committee did not just get up and arrive at such a decision. There have been a lot of consultations… So at the end of the day, this is what we have arrived at as a party,” Mr. Amegbletor stated.

According to Mr. Gyimah, he did receive a letter signed by the Volta Regional Chairman of the NPP, Peter Amewu, informing him of his removal. However, the two-sentence letter did not specify any offenses.

Mr. Gyemfeh however proceeded to meet with the acting Chairman of the NPP, Freddie Blay, on Monday, where he said he was instructed to ignore the letter from Mr. Amewu informing him of his removal because the letter was not authorized.

“I am still the candidate for the NPP in my constituency, Krachi west, because in that meeting, the Chairman said there was no instruction given to whoever wrote that letter to write to me that they want to take me out as a candidate for that particular constituency,” Mr Gyemah explained.

I have not neglected my constituency
Also responding to the claims that he has neglected his constituency, he retorted that he left the constituency only a month ago intimating that he did not view that to be neglect.

We’re Investing Massively In Infrastructure; Not Rearing Fly...
2 minutes ago

Mahama Shakes Tarkwa As Menzgold Customers Give Him Rousing ...
2 minutes ago