President Ellen Johnson-Sirleaf’s Fight Against Corruption In Liberia: The Way I See It 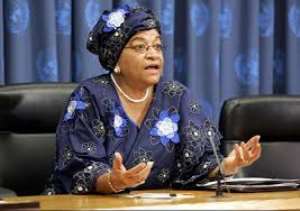 Not only is corruption a complex problem in Liberia and under President Ellen Johnson-Sirleaf’s regime, it has gravely damaged the institutional and social fabrics of the Liberian society, both in the short and long terms. After a decade of catalepsy on the impact and evil of corruption, the good news is President Sirleaf and her administration have gained relative consciousness about the need to fight corruption by setting up a ‘Presidential Taskforce’ headed by a brilliant lawyer, Attorney Fonati Koffa, to investigate as well as subject anyone found guilty of corruption to the laws of Liberia through the court system.

No matter how one may think about Attorney Koffa and his simple past of misjudgment in the West, he has proven to be a serious guy for this job. In addition, he is legally astute in terms of academic credentials. Besides, the forcefulness, bravery and no-nonsense attitude he displayed in recent weeks to get to the bottom of the Sable Mining’s corruption scandal, irrespective of who is implicated, erased parts of my previous doubts about his moral ability to do an effective job. This is why Liberians need to give the taskforce some space. In the same vein, President Sirleaf herself needs to be acknowledged for finally having the guts to actually do something about corruption in Liberia, even though it took a shame from a Global Witness’ Report to get there.

Despite the real efforts made in recent weeks in the fight against corruption in Liberia, we will make little or no progress if the process turns out to be a mockery or smokescreen, or a mere witch-hunt against few Liberian political opponents (like Counsellor Varney Sherman and House Speaker Alex Tyler) that the President just does not like or wants to use as scapegoats, as some are already alleging.

Reason being to understand and fight corruption as well as know those who have looted our country’s wealth require more than just setting up a presidential taskforce that is headed by the president’s former private legal counsel and cabinet minister who reports to and is loyal to the president. This is not enough. It requires being fair, transparent, honest and ensuring that the law is applied no matter who the accused or culprits are.

Apart from the fact that there are several mechanisms that helped to spread corruption and made it a normal practice and way of life in our country, there are also several persons that have engaged in corrupt acts in Liberia since President Sirleaf and the Unity Party’s government assumed state power in 2006. This is why when the “Special Presidential Taskforce” setup to investigate and fight corruption in the wake of the Global Witness’ Report issued its latest list of ‘Persons of Interest’ in Liberia’s corruption fight, we were a bit baffled. While releasing such a list clearly proves some points that the taskforce means business, it also clearly manifests that we are probably headed for a joke because the people and entities mentioned on that list appear to be small ‘fishes’ in the ocean of looters.

There is a saying amongst the Grebo people in south-eastern Liberia, that: “When you want to show your prowess as a serious hunter, you don’t go hunting for rats behind the house; you go hunting for elephants in the jungle.” So, this goes to say that the list of persons and entities of interest in the so-called ongoing corruption fight by the presidential taskforce seems to be a hunt for ‘rats’ behind the house, because it appears that we, as a nation, are only interested in going after corruption cases that are monetarily insignificant while leaving out those who actually dismantled our nation’s resources and assets. Having said that, few questions come to mind, and they are as follow:

1. Why is the Presidential Taskforce to fight corruption in Liberia neglecting the GAC audit reports that unearthed and discovered stolen money of about US$1.5 Billion?

2. Is the taskforce going to act on the findings of the Dunn Commission Report regarding the Email Scandal, the RIA Financial Scandal and the Tape Recordings, the Justice Minister's Investigative Committee on the Zakhem Contract, the Western Cluster Scandal, the Nagbalee Warner's Commission’s findings on the Carbon Harvesting, and the Dorbor Jallah's Commission on Private Use Permit Report?

4. Will the taskforce act on the Ministry of Public Works’ scandal of $7 million worth of contracts issued in small lots that bypassed the Public Procurement Laws of Liberia (PPCC) on April 18, 2007, and on April 20, 2007 as well as related scandals in later years in which certificates of completion were issued and contracts were awarded under dubious conditions?

5. Will the taskforce investigate the nearly US$ 4 million dollars bribe paid to the entire Liberian legislature over an 18 months period or the US31,000 checks issued to each lawmaker for passing the last oil block lease, a sample check of which is below that was allegedly made payable to Honorable Sando D. Johnson of Bomi County? Both the Senate and House of Representatives combined have 102 lawmakers, so $31,000 X 102 lawmakers’ amounts to almost US$4 million.

6. Will the taskforce investigate the alleged US$120 million collected and spent in a mere two years period by the then Chairman of National Oil Company of Liberia, Mr. Robert A. Sirleaf, prior to his resignation?

7. Will the taskforce investigate the alleged US$$10.5 million of the Liberian people money that came from U.S. oil giant Chevron that was allegedly ordered to be given to Robert A. Sirleaf’s nonprofit instead of the Ministry of Finance or the Central Bank of Liberia in addition to other social support that allegedly went to the finance ministry in the tune of US$78 million?

8. Will the taskforce also investigate a US$500,000 scandal, as reported in the Dunn Commission Report, which is said to have involved one Ms. Jenny Johnson-Bernard and a wire transfer information said to have been found on a laptop belonging to the same Ms. Johnson-Bernard?

9. Will the taskforce investigate the Japanese funds that disappeared at the Ministry of Foreign Affairs and all other corruption acts at various autonomous agencies, including the National Port Authority, the Forestry Development Authority and more?

10. Will the taskforce investigate the alleged abuse of the royalties from the Liberia Maritime Registry, part of which are allegedly spent largely on global lobbying and unwarranted global public relations stunts?

11. Will the taskforce investigate the central bank’s fiasco loan scheme and the fall-out of financial disclosure after the former executive governor left office?

If all of these things and many more will be part of the scope and mission of the taskforce, then we can take in a breath of fresh air that they, somehow, mean business. If the taskforce will pay deaf ears and close its eyes to these treacherous abuse of public trust and the theft of public properties but instead go after the ‘noise,’ then we can certainly say that the current corruption fight is just another level of trick from the ‘playbook’ of her ‘majesty,’ the “Iron Lady.”

Let us repeat again through this medium, our president needs to gain the trust and confidence of the Liberian people that entrusted her with their leadership, economy and national security, precious gifts which widespread and organized corruption have ruined over the past decade. The starting point to truly stop corruption therefore should be ensuring that no one is exempt from the fight on corruption. And if President Sirleaf is really serious as she pretends to show then we must address all corruption allegations dating back to 2006 when she assumed office as president of Liberia.

Moreover, the president can inspire additional confidence in the Liberian people when she makes the taskforce independent of the Executive Branch of government––It has to be independent, neutral and must have real prosecutorial powers and authority. That means attorney Fonati Koffa must resign as Minister of State without Portfolio in the Office of the President and assume a full and independent chairmanship role of an Independent Inter-departmental National Taskforce on Corruption that will comprise the Liberia Anti-Corruption Commission (LACC), the General Auditing Commission (GAC), the Liberian Bar Association (LBA), a coalition of women groups, the Liberia National Student Union (LINSU), the Union of Liberian Associations in the Americas (ULAA), the Liberia Council of Churches (LCC), the Muslim Council of Liberia (MCL), the Press Union of Liberia (PUL) and more, if needed. In addition, Interpol should be invited as a consulting observer to the process.

The taskforce must also request that all officials of government (elected and appointed), from 2006 to present, must declare their assets before and after they entered or left government, it doesn’t matter whether they are currently serving in government or not. This process should include where and how they got those wealth and assets and the periods. Also, a global mechanism must be put in place to globally track the assets and resources, including properties, of all those who have served in the Liberian government dating back to 1990. Until these things are done, we are heading for just another scam that will die in a few month.

Nigeria, under President Buhari, is doing this, so why can’t we do the same too? It wouldn’t be a bad idea and I know President Buhari would be glad if we copy his strategies in fighting corruption. The last time I had contacts with him he did not say there is a patent or copyright ban on his strategies to destroy corruption. All it requires is seriousness, honesty and leadership which are not for sale––they are free virtues that all people, including President Sirleaf, have access to.

Finally, it is time we, as Liberians, not just the president, put the fight against and on corruption in the forefront of our daily lives. We will perish and lose full control of our souls and land if we don’t, and the signs are already on the wall. This is why we must support Chairman Fonati Koffa and his team as they take on this brave and risky task in our nation’s history. The best support we can provide to the task force is to morally empower them, check them, praise them when they are on-track and scorn them when they deviate.

We must make our voices heard by calling for an all-inclusive investigation into allegations of corruptions and economic crimes and money laundering in Liberia, not just the Sable Mining scandal. By doing these things, we will put accountability at the heart of our values and prosperity as Liberians, something that the president’s global public relations skydiving and award collection scheme won’t do. Long live Liberia, long live President Sirleaf; with faith in God and concern for our people and love for our country, the struggle continues!

About the Author:
Jones Nhinson Williams, a Catholic educated philosopher and an American trained public policy professional, initially studied for the Catholic priesthood. He has since 2003, devoted his life, work and passion to issues of corruption, poverty, refugee flow and forced migration, the environment, job creation and governance, and the rule of law in Africa. He can be reached at [email protected] .