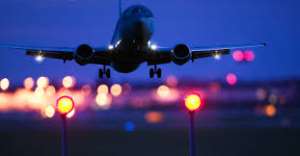 The latest moves follows the submission of a report by PricewaterhouseCoopers (PWC), the transaction advisor, on the need to get an experienced strategic airline partner with a global distribution network.

PWC believes the selection of such a partner will help the new national airline take advantage of the opportunities in the market place.

‘We are hoping to get a partner by the end of this year we are now going for the expression of interest, so that any airline can apply for us to come up with our short list.

So when we receive the bid hopefully by the end of 24th of June this year, then we will do an evaluation and short list the credible ones among them, based on their response to the criteria that we set in our expression of interest, shortlisted airlines will be given request of proposal then they can formally submit bids which will be considered for the selection of the airline.’ He stated.

Airline giants to bid
PWC had earlier settled on Qatar Airways as the best option for Ghana in its quest to find a partner for the new national carrier in its final feasibility report to the transport ministry which also named some 7 other airlines including Delta and South African airlines as good options for Ghana.

According to the transport ministry, the feasibility report conducted by PWC revealed that a new profitable airline can be set up without recourse to government funding.

PWC believes the new national airline will be profitable without government financial backing because of the current high yield in Ghana and the rest of West Africa as compared to the rest of the world.

Also passenger growth in Ghana in the aviation industry, over the last five years was more than double the global average, while Ghana’s economy is also expected to see some significant level of growth.

The latest development means local airline Africa World Airline (AWA) which had earlier expressed interest in taking part in the bidding will be automatically disqualified.